SURVIVAL OF THE DEAD 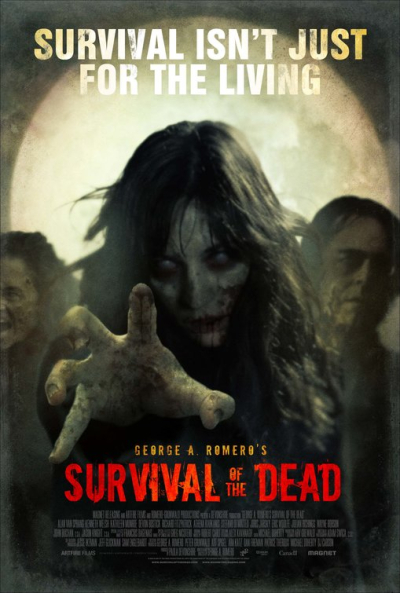 Sometimes nothing is better than something. George A. Romero's latest zombie retread demotes the 70-year-old filmmaker to a pale imitation of the groundbreaking director who invented zombie satire in 1968 with "Night of the Living Dead," and then went on to full-on postmodern hilarity with "Dawn of the Dead" (1978) and "Day of the Dead" (1985).

This time around, anachronisms abound. On the Delaware island of Plum rival Irish families feud about how to handle their kith and kin after they've been infected by the ever-approaching rampaging zombies. 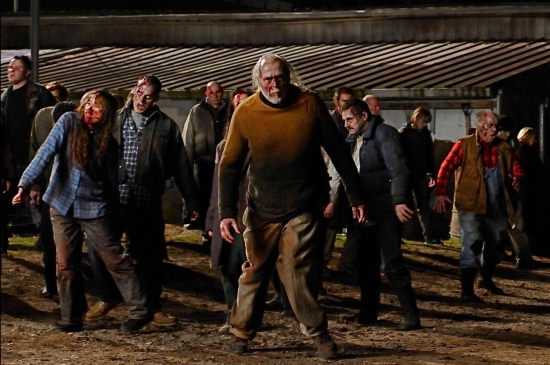 A rogue military squad led by Guardsman Sarge (Alan Van Sprang) learns about the island refuge from a hipster boy (portrayed weakly by Devon Bostick) they capture along with an armored truck filled with three million bucks. The team ends up embroiled in the crossfire of a family squabble after making their way onto the idyllic island.

Strident patriarch Patrick O'Flynn (Kenneth Welsh) has no hesitation about killing anyone infected by a zombie bite, while his rival Shamus Muldoon (Richard Fitzpatrick) would rather keep his zombie relatives on a short chain. Muldoon hopes to train them to eat animal flesh rather than human meat. 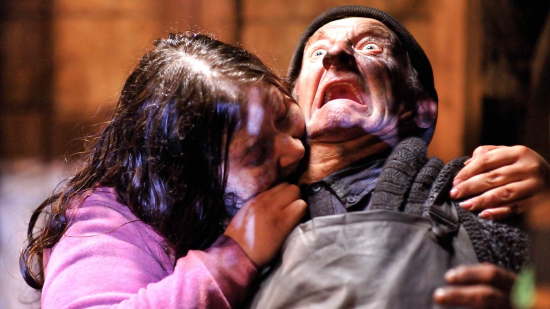 Athena Karkanis plays Tomboy, the unit's token lesbian, whose chances of finding love are zero. Zombie blood gets gratuitously splattered, but there's nothing at stake in a movie that should never have been made. "Survival of the Dead" doesn't even qualify as a guilty pleasure.