"Vertigo" is Alfred Hitchcock's gorgeously stylized psychological thriller about a man in love with a fetishized romantic fantasy invented by another man. That his object of desire also happens to be a corpse is, well, another matter entirely. 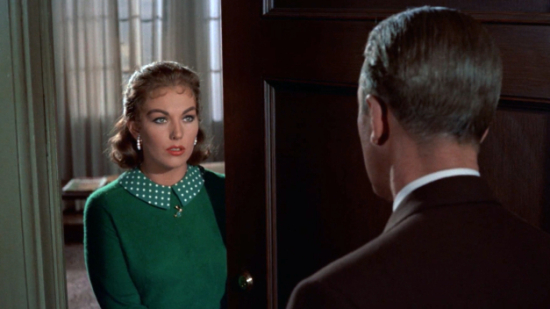 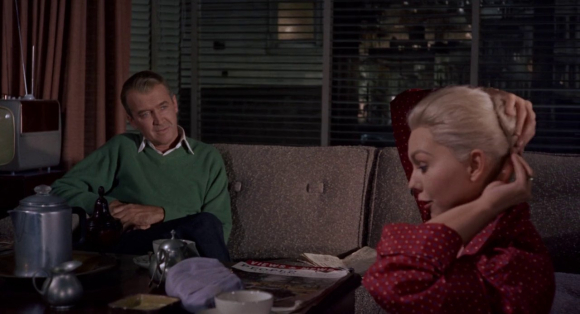 Gavin Elster (Tom Helmore), an old college buddy who knows about Scottie's phobia of heights, hires him to follow his potentially suicidal wife Madeleine (Kim Novak) around San Francisco during her routine melancholy days of brooding self-reflection. Scottie is hooked. Madeline has a favorite painting she likes to visit at the scenic Legion of Honor Museum overlooking the magnificent Golden Gate Bridge. She gazes for extended periods upon a spooky painting of her grandmother Carlotta Valdes, whose grave Madeline also visits daily. Being morose is a busy job for Madeleine.

A despondent leap into the cold waters beneath the Golden Gate Bridge affords the film one of cinema's most seminal images, that of James Stewart carrying a semi-conscious Kim Novak out of the river from the noir perspective of a distinctive Dutch angle. As her rescuer, Scottie earns the right to win Madeline’s tragically wounded heart as his own. 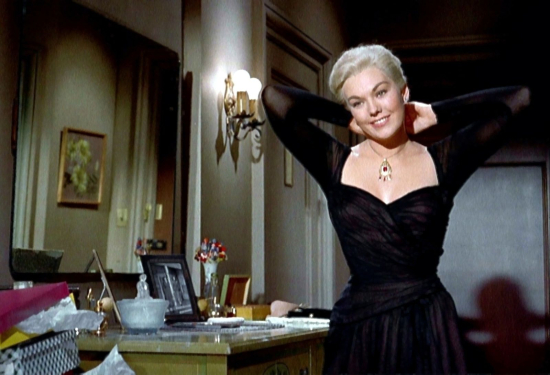 Noir elements of deception and material artifice are a constant throughout the mystery. Madeleine's staged suicide, from a beautiful Mission bell tower no less, turns Scottie into an inconsolable man filled with lust for the deceased wife of his former client. When Scottie spots a woman named Judy Barton who is the spitting image of Madeleine (also played by Kim Novak), he pursues her with a tangled romantic motivation that borders on insanity. Scottie is a serious fetishist at heart. 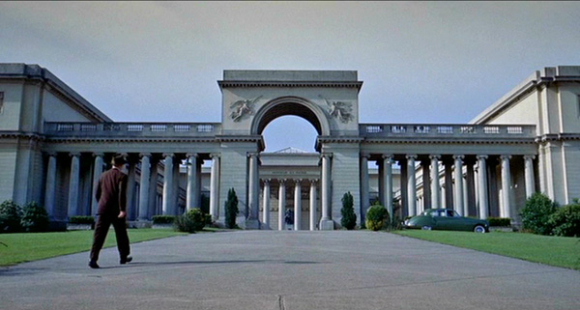 Hitchcock's brilliant use of Bernard Herrmann's lush musical score, with precise camera movements to match, bizarre dream sequences, and a strict palate of primary colors, creates a sense of floating in cinematic bliss.

The master filmmaker draws the audience into his enigmatic story with scintillating embellishments of formal cinematic structure. Gravity is Hitchcock’s primary image system that draws Scottie and Judy to uniformly unsure footing in a relationship that cannot, by definition, exist. To see the restored version of "Vertigo" on the big screen is to enter into the prolific mind of one of cinema's most accomplished masters. 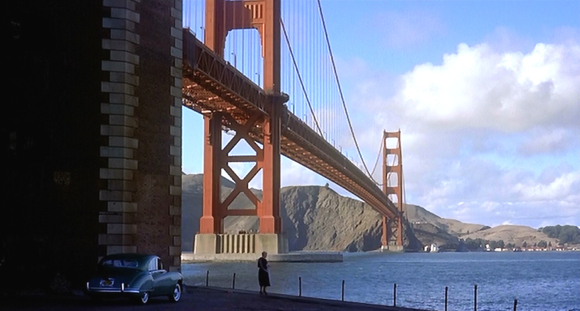 Posted by Cole Smithey at 11:26:26 AM in Psychological Thriller