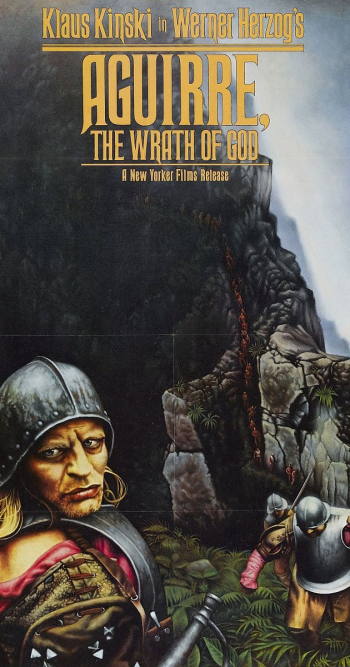 Constructed on conquistador Gonzalo Pizarro's doomed expedition in search of El Dorado, Werner Herzog's landmark picture opens with a five-minute snaking descent of troops and slaves down an enormous fog-shrouded mountain in the Andes.

The year is 1560. A haunting musical score (by the German band Popol Vuh) connects the viewer to the group's ant-like movements through a dwarfing terrain that is at once familiar and alien. At the mountain's base runs the treacherous Amazon River. 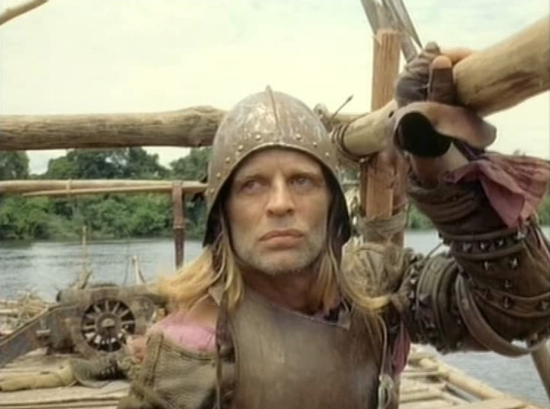 Klaus Kinski, as soldier Lope de Aguirre, tells Pizarro (Alejandro Repulles), "No one can get down that river alive!" It's with these initial prophesying words that we are swept into a gravitational narrative spin of man against nature. 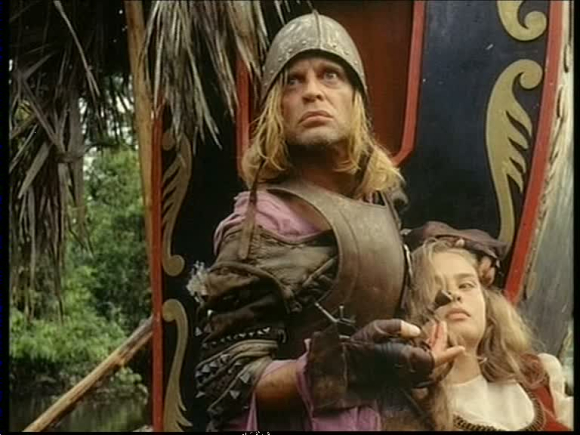 Herzog's camera lingers uncomfortably on the river's raging brown and white rapids that ooze like hot lava. His camera is part of the landscape. Chained slaves struggle to pull a heavy cannon through the knee-deep watery jungle. At a clearing in the forest the desperate Pizarro announces a change of plans that will send a smaller expedition of forty men to travel up river to obtain food and information about hostile Indians, as well as the specific location of the elusive El Dorado. 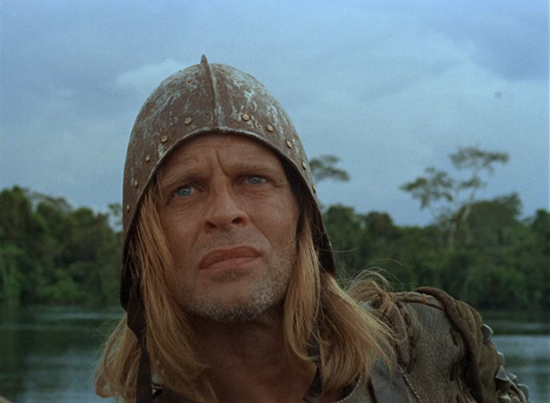 Don Pedro de Ursura (Ruy Guerra) leads the expedition with the contemptuous Aguirre as his second-in-command. It is only a matter of time before Kinski’s cunning Aguirre, who travels with his 15-year-old daughter (played by a blonde Peruvian actress who uncannily resembles Kinski’s own daughter Nastassja at that age), usurps power through a series of carefully placed suggestions, orders, and violent acts. 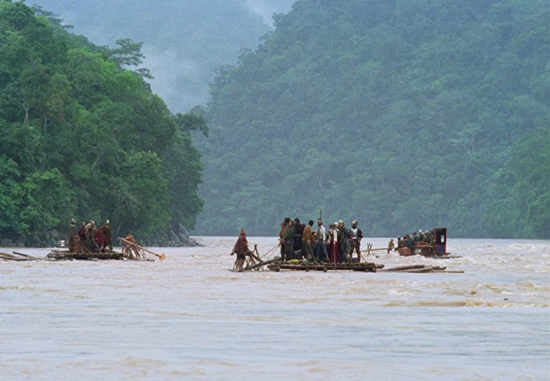 As Aguirre takes control, his descent into madness reflected in Kinski's crazed eyes and impatient lips. Nowhere else in cinema will you find such a methodically dangerous performance as the one Kinski gives here. “Aguirre, The Wrath of God” marked the first of five collaborations between Werner Herzog and his muse Klaus Kinski. 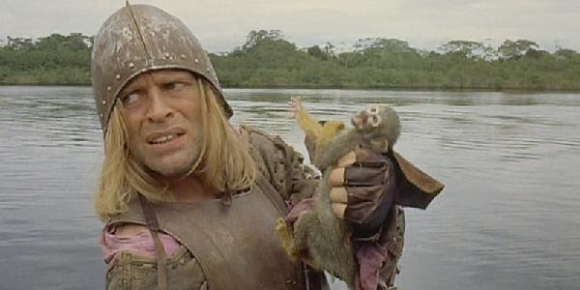 Francis Ford Coppola drew on "Aguirre" for inspiration for "Apocalypse Now" as a surreal vision of jungle-fueled insanity. Still, Herzog's film approaches the natural world in a more literal way than Coppola did, making it all the more disorienting, immediate, and poetic. 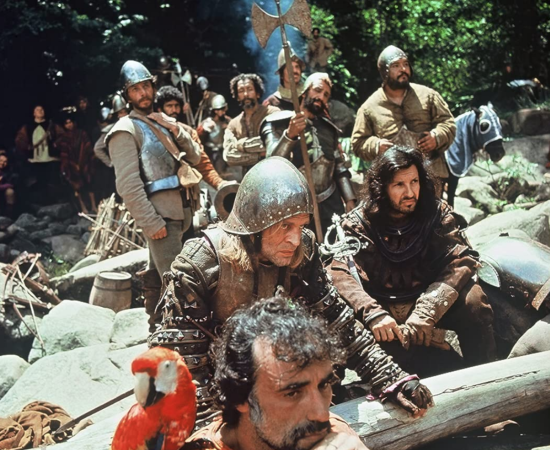 There is a lingering voodoo in the movie that never lets you forget the folly of man's puny sins against a dark universal order of which psychosis, sickness, and death are the inevitable symptoms.