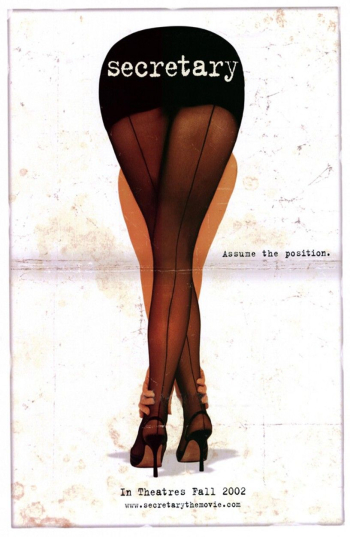 Clever, kinky, and packed with sexual tension, the picture deals with modern sexuality in a refreshingly imaginative yet serious way — not that there isn't a good deal of humor in the air. Shainberg expertly shifts between dark and bright tonal movements. After being hospitalized for harming herself — she's a "cutter," Lee Holloway (Gyllenhaal) starts dating Peter (Jeremy Davies), an unconventional boy she knew in high school. Peter is nice enough, but he’s not the right guy for Lee. She takes on a full-time job as an old-fashioned typist secretary at a one-man boutique law firm run by E. Edward Grey (Spader). Gary only uses freshly sharpened pencils. Talk about fetishistic. Edward has very precise demands, which extend to the bedroom and other locations as well. 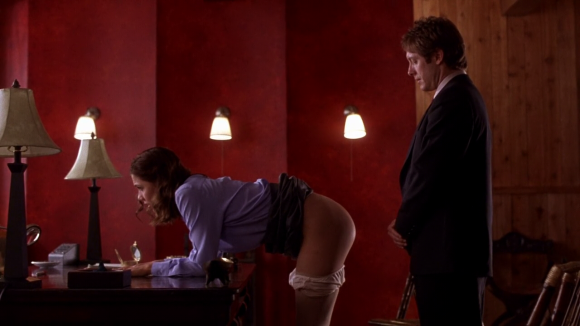 As polar opposites from compatible worlds, Edward and Lee slip into a kinky sexual relationship based on their work dynamic of boss-and-submissive distinctions. After seeing Lee in public with Peter, Edward reacts. Jealously peaks its active head into the equation. The steely attorney sternly judges and corrects every aspect of Lee’s clothing, posture, behavior, and work performance. He knows the kind of firm direction that Lee needs in her life, and he’s more than willing to provide it with just the right amount of authority and dominance. 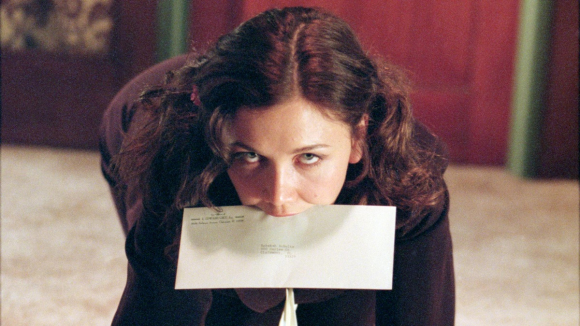