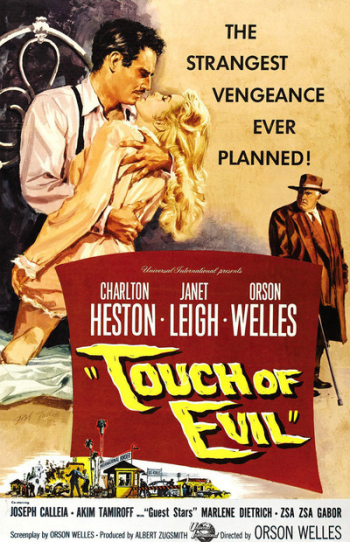 In 1957 "Touch of Evil" became Orson Welles's first return to studio production work in Hollywood after a ten-year hiatus — after his notorious failed version of “Macbeth.” For “Touch of Evil,” Universal hired Welles to write, direct, and act in what they considered to be a [low budget] B-picture. Little did anyone know at the time that "Touch of Evil" would mark the end of the cinematic movement known as Film Noir, and put the cherry on Welles’s storied career as a director.

Welles adapted "Touch of Evil" from a functional pulp novel titled "Badge of Evil" (by Robert Wade and H. Bill Miller). He crafted the source material into a bizarre anti-capitalist, anti-racist morality tale set in Mexico. Welles cast himself as Captain Quinlan, a nasty police officer with a low code of ethics. Needless to say, Welles’s performance is as gritty as anything else in the noir cannon. 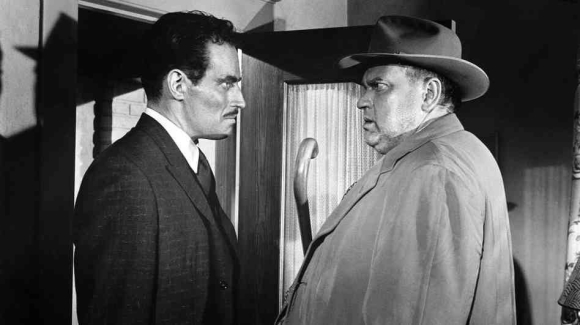 By telling the linear story from three different viewpoints, Welles avoids structural clichés like flashbacks or narration. Welles was careful to give special attention to the material's obsession with vice that colors every scene. In one of the most harrowing passages in all of Film Noir, Janet Leigh is drugged and lies passed-out in a darkened hotel room where Quinlan strangles to death a Hispanic man against the brass bedpost next to where she lay. The scene resonates with noir’s tempestuous balance between sex and death. 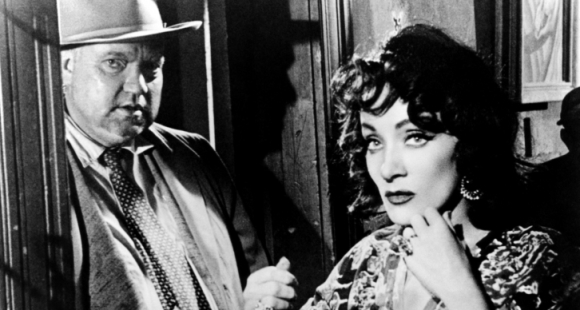 Marlene Dietrich speaks the film's theme lines as Tana, an aging Mexican whore with a German accent. Every frame of Dietrich's non-blinking scenes spit humanist ethics against the corruption that surrounds her empathetic character. When Quinlan comes sniffing around Tana's brothel in the middle of the night, he asks her to read his fortune. Tana replies, "You haven't got any; your future's all used up. Why don't you go home?" Dietrich's come-hither look belies the somber world-weary tone of her gutsy character. The hard-boiled dialogue is all the more poignant because "Touch of Evil" also represented a finishing touch for Welles's and Dietrich's magnificent careers. 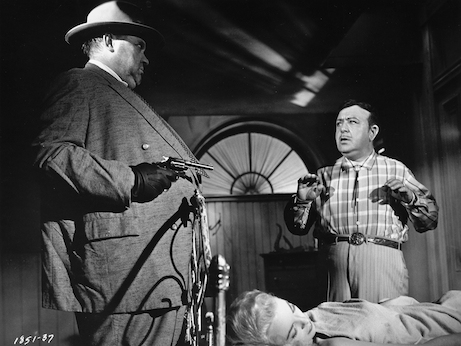 So the story goes, Orson Welles once fought in a bullring in Spain during his youth. He went on to spend his life searching for cinematic challenges that could match the power and unpredictability of an angry bull In "Touch of Evil," Welles kills the metaphorical beast, and with it the rich Film Noir genre that went before. 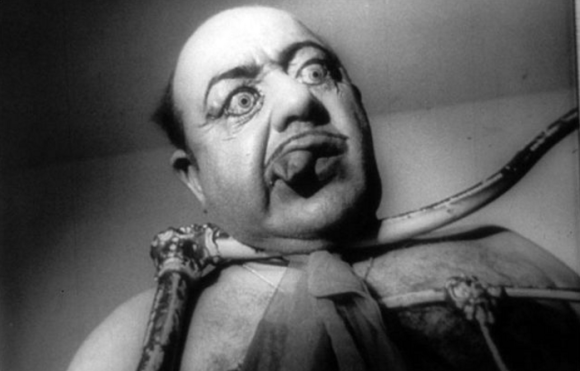