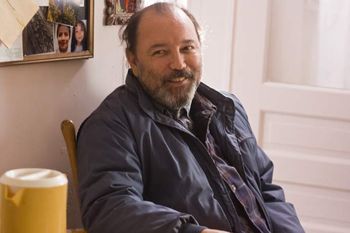 With his mercurial presence Ruben Blades elevates director Victor Nunez's monotonous melodrama about a dying father reconnecting with his poet son. Cruz Montoya (played with tragic earnestness by Emile-Hirsch-look-alike Kuno Becker) takes time away from his girlfriend and poetry-teaching job in San Francisco to go stay with his cancer-suffering father Cruz Sr. (Blades) at his home in New Mexico. It's a problematic place that pulls Cruz Jr. back into his former drug and alcohol-addicted behavior when he takes on his former job managing a rave club owned by a local crime boss. The film's use of poetry to get at the subconscious mind of its protagonist works well early on but settles into a knee-jerk device that can't distract from the film's pedestrian plotting and staid direction. Still, Ruben Blades masterfully underplays his thoughtful character with a stoicism and dignity that is utterly enjoyable.

Listed below are links to weblogs that reference Spoken Word: