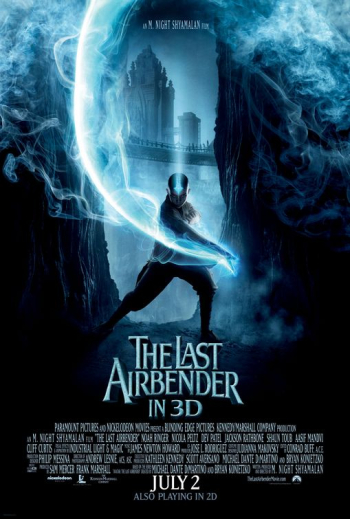 "Battlefield Earth" has a new rival for the title of "worst-film-of-the-last-20-years."

M. Night Shyamalan extracts some of the worst melodramatic acting performances ever from his largely child cast in a 3-D movie that works best unseen. The gobbledygook story follows the 100-year rebirth of Aang (Noah Ringer), an "avatar" monk-like child martial artist who can control water with his kung fu moves--oooooooh. 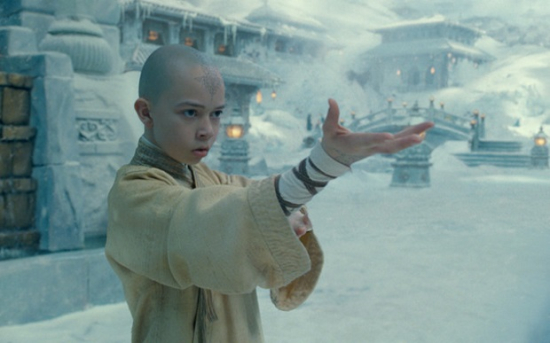 Beyond obvious criticisms, like Shyamalan's foolhardy decision to cast white actors as Asian characters, is the film's incomprehensible storyline about spirits of the four elements. Brother and sister Sokka and Katara (Jackson Rathbone and Nicola Peltz) follow Aang on a tour of remote global locations where they engage in lackluster fire-and-ice battles when Aang isn't being captured and escaping.

The 3-D visual effects are yawn-inducing in a film that should have been called "The Last Flatus Bender." If only it were Shyamalan's last cinematic fart, the world would be a better, and less stinky, place.

Posted by Cole Smithey at 02:37:07 PM in Action/Adventure