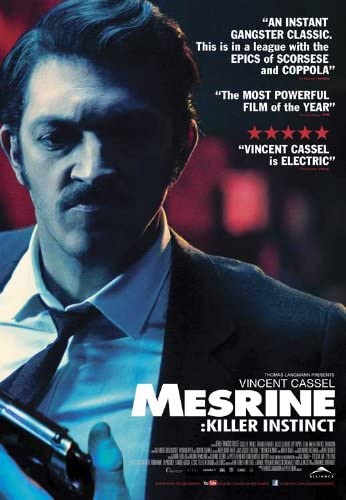 France jumps into 2010 as the year of the crime drama with a violent splash. Vincent Cassel is credibly persuasive as the notorious French gangster of a thousand faces, Jacques Mesrine, a ruthless criminal with style and attitude to spare.

Based on Mesrine's memoir "Mesrine: Killer Instinct (Part 1)," director Jean-Francois Richet pulls out all the stops to create an action-packed crime drama that tallies its characters brutal acts with breathtaking car chases and prison escape sequences. 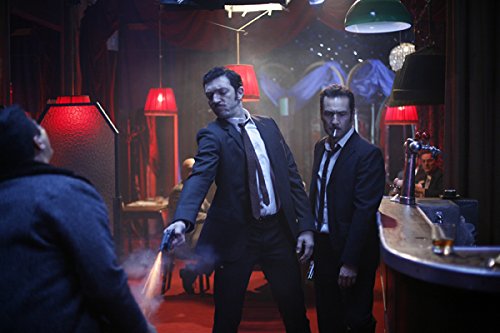 The story opens in early '60s France where former Algerian war hero Mesrine meets established mob kingpin Guido (Gerard Depardieu), and makes a sufficient impression to move up through the ranks of Guido's operation. A trip to Spain spells robbery and romance when Mesrine meets Sofia (Elena Anaya) his wife-to-be. However, Mesrine finds a more perfect mate in Paris in the guise of a criminally-minded prostitute named Jeanne (Cecile De France). 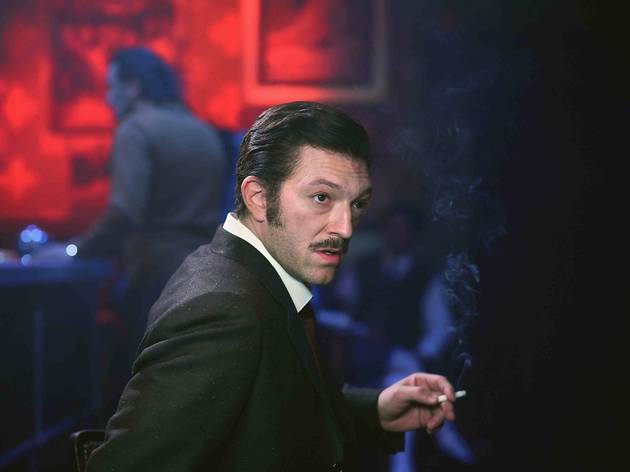 The international scope of Mesrine's legend comes across in the ways that the criminal uses the media to his advantage. There's an addictive quality to the film for the story's unpredictable nature, and the expert filmmaking on display. Forget "The Red Riding Trilogy;" "Mesrine" casts a much longer shadow.