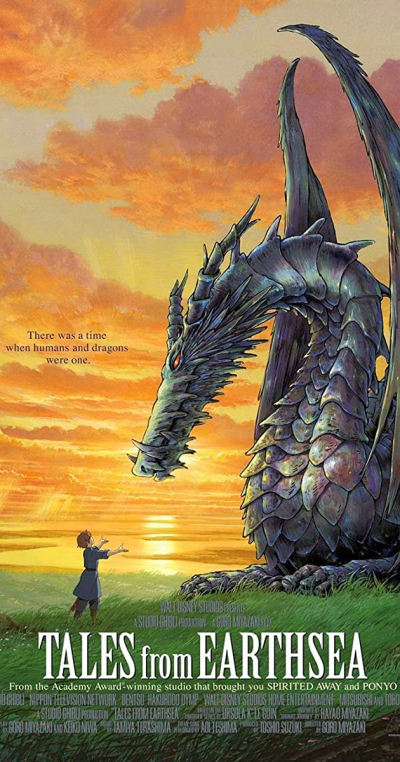 Goro Miyazaki proves a pale imitation of his gifted animator father Hayao Miyazaki. "Tales from Earthsea" is an ill-conceived story for Western audiences who will blanch at its bizarre embrace of patricide that its young protagonist commits before escaping on a journey of guided self-discovery.

Based on Ursula K. Le Guin's fantasy book series, the medieval story opens with flying dragons engaged in air battle over a ship on the open seas. It's a sure sign that the world is out of balance. A town's king tries to protect its citizens against pestilence before his own son, Prince Arren (voiced by Jeff Bennett) inexplicably kills his father with a knife. Arren meets up with a wizard called Sparrowhawk (voiced by Timothy Dalton) who mentors Arren as they take up residence with Sparrowhawk's former lover Tenar (Mariska Hargitay), and Tenar's daughter, at their humble farmhouse.

Very few narrative boundaries are established regarding the forces of good and evil that play out in a climax involving one very evil wizard in the form of Willem Dafoe's dark character Cob. Sparrowhawk's unproven powers are revealed as impotent when Arren is left to battle Cob by himself.

Still, it's very hard to identify with a character who kills his goodhearted father for no apparent reason. The animation on display is appealing enough but doesn't add anything to such an embryonic story.