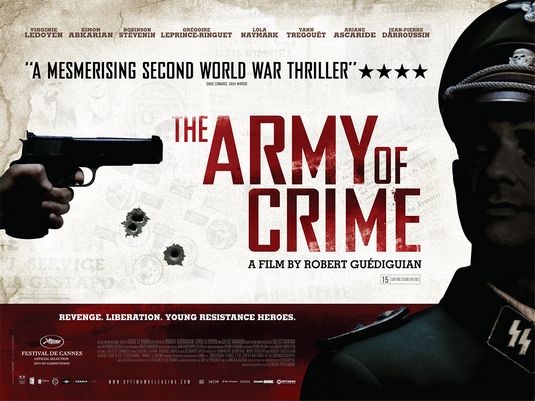 Robert Guediguian makes a fascinating Altmanesque character study of a mixed group of foreign resistance fighters (called the "FTP-MOI") working in Paris to undermine the Nazi-led removal of Jews during World War II. 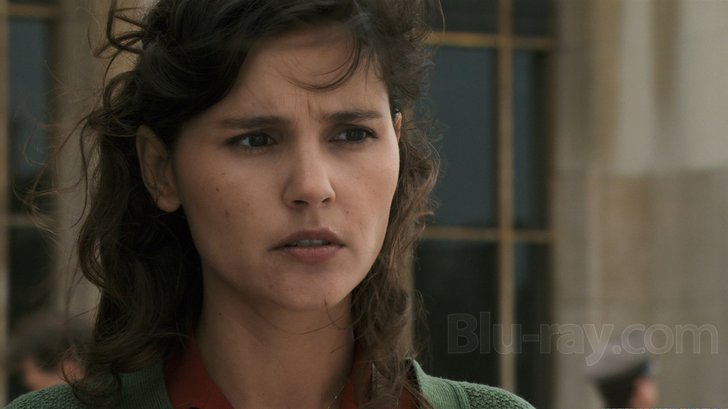 Coming from such disparate backgrounds as Polish, Spanish, Hungarian, and Italian descent, the real-life "army" of communist political refugees are led by Missak Manouchian (well played by Simon Abkarian), an Armenian poet married to his French wife Melinee (Virginie Ledoyen). Guediguian deemphasizes the story's would-be dramatic elements of spectacle to energize the film more with an authentic logic of wartime action and reaction. Personalities of the group are revealed in onion layers as they carry out terrorist missions that develop from isolated acts to more organized efforts. 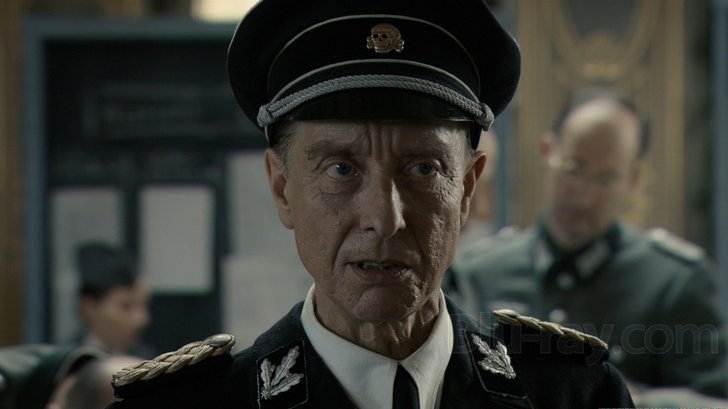 The story points up the crushing effects of French collaborators who contributed to the actual group's demise following the arrest of their leader. "The Army of Crime" puts a human face on a specific group of outsiders who fought with fierce personal conviction against France's occupying oppressors.