« LEAVES OF GRASS | Main | ALL ABOUT EVE — THE CRITERION COLLECTION » 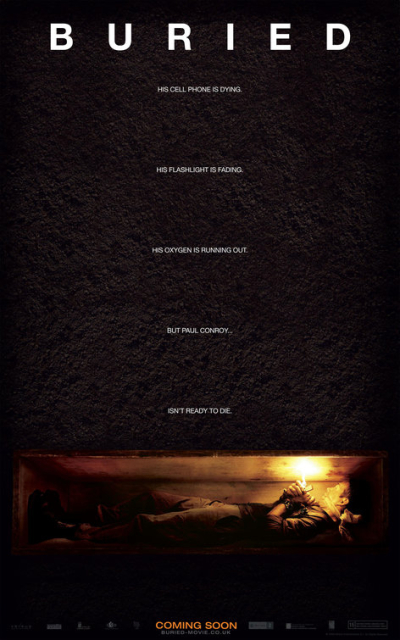 The year isn't over, but "Buried" is easily the worst film of 2010. This substandard thriller looks like it was made for a hundred bucks.

The only thing that keeps you awake while you're watching Ryan Reynolds unconvincingly "act" like he's trapped in a buried coffin are the laughably insipid cellphone-call plot points that mark the film's every interminable minute.

Reynolds sort of plays Paul Conroy, a snotty and unintelligent American truck driver working in Iraq, who for some unspecified reason was the sole survivor of an insurgent attack. 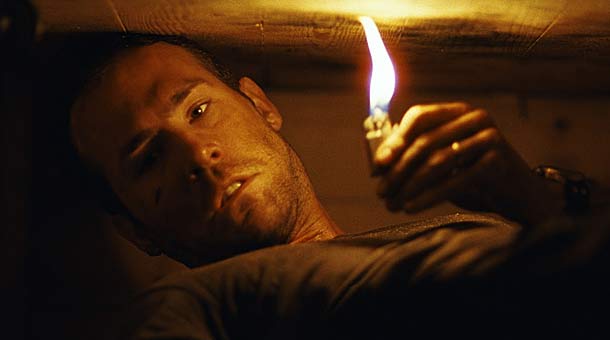 Paul's enemies have chosen to bury him alive with a bag of supplies that includes a pocket knife and two light sticks. Rather than making a serious (and this realistic) effort to break out of his coffin and his (one assumes) shallow grave, Conroy carries on endless phone conversations with such unseen parties as the FBI, the company he works for, a ransom-demanding Iraqi, and various family members or phone machines. 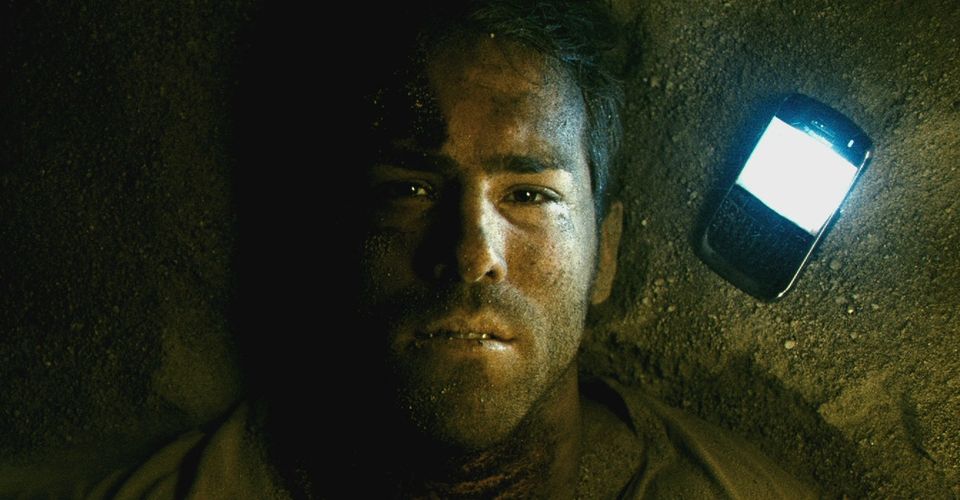 Director Rodrigo Cortés would have been better off hiring Bear Grylls (television's "Man vs. Wild") to spend 90 minutes showing him how he would escape from such a dire situation. "Buried" may even be the worst film of the 21st century.