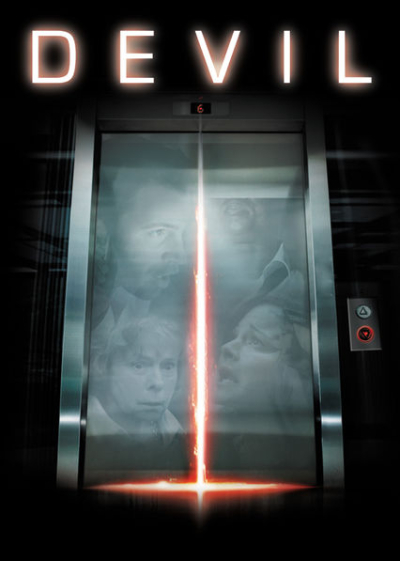 If M.Night Shyamalan's name as the originator of the film's story isn't enough to alert would-be viewers to its tritely clichéd aspirations, then suffering through this tedious piece of supernatural/religious pap should do the trick of keeping those poor souls away from his work forever more.

Five people from various dubious backgrounds get stuck in the elevator of a Philadelphia high-rise office building just moments after someone committed suicide from the 35th floor. 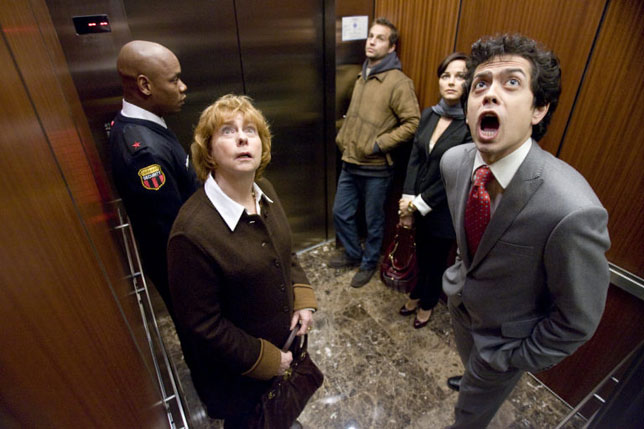 Squeaky plot devices abound. The lights in the surveillance-equipped elevator inexplicably go out at regular intervals, allowing unseen harm to gradually come to each of the riders.

An unseen narrator interrupts with some half-baked story his mother used to tell him about the Devil. When "He's around, the toast falls jelly-side down." Such high-school freshman dialogue is in ample supply in a laughably stupid film that you'd be better off sneaking out of at the multiplex to go watch anything else available. It's sure to be better than this piece of disposable cinematic garbage. 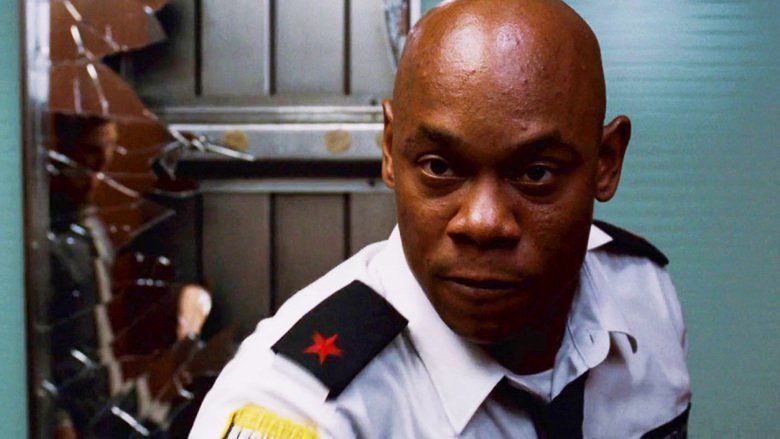