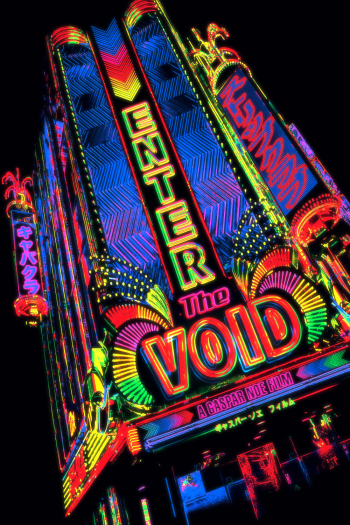 Gaspar Noe specializes in brutally grueling films of sex and violence. Anyone who has suffered through his 2002 film "Irreversible" knows well the feeling of seeing something that you would never want to see again.

"Enter the Void" is such a virtuosic, if orgiastic, piece of experimental exploitation cinema that the audience is simultaneously repulsed and mesmerized by the bold attack on the senses that Noe assaults the viewer with.

Set in Tokyo, "Enter the Void" captures the most immersive subjective viewpoint for its drug addicted protagonist that any filmmaker has ever achieved. Through the eyes of Oscar (Nathaniel Brown), we experience a casual conversation with his sister Linda (Paz de la Huerta) that leads to a mind-melting drug trip after she leaves. 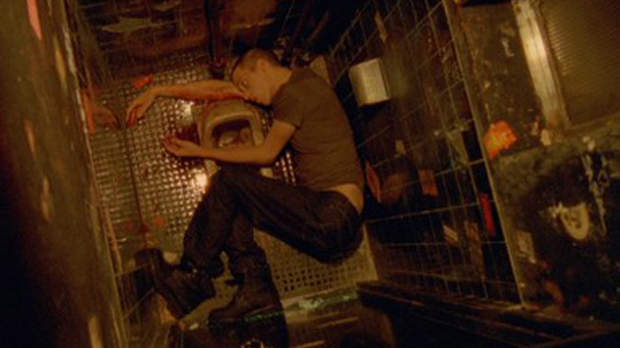 Psychedelic to the extreme, the visually stupefying sequence goes far beyond even Stanley Kubrick's groundbreaking visuals for "2001: A Space Odyssey). It's only when Oscar finally faces his bathroom mirror that we finally see what he sees, his surprisingly young and innocent face. The story progresses in real time until Oscar's life takes a shocking turn inside a bar bathroom. Oscar's and Linda's back story about the car crash that took their parents' lives when they were small, informs their dodgy lives in Tokyo where he makes his living as a drug dealer, and she as a stripper. The filmic odyssey is eventually brought low by its own excesses.

At 137 minutes, there is too much brain-hammering repetition of headache-inducing segues of flamboyant neon color and grotesque physical elements to serve the filmmaker's bizarre vision. With a good 30 or 40 inessential minutes excised from it, "Enter the Void" could have been truly amazing. However, in its current form it is a traumatic film that wears out its welcome.