Evidence that the French know more about romantic comedy than Hollywood, Pascal Chaumeil's tightrope act of cliché-baiting makes the most of its talented co-stars.

Romain Duris is Alex Lippi, a professional heartbreaker who, with the aid his married-couple accomplices Melanie and Marc, methodically steals the hearts of women in dysfunctional relationships for a price. His latest assignment comes from the wealthy father of Juliette (Vanessa Paradis), a snooty heiress on the brink of marrying a perfectly dull jet-setter (Jacques Frantz). To make his play, Alex adopts the undercover role of Juliette's bodyguard in Monaco during the week before her wedding. Cinematographer Thierry Arbogast captures the French Riviera's striking romantic atmosphere as Alex eventually melts Juliette's heart with calculated measures that include adopting her proclivity for eating Roquefort cheese for breakfast. There's an old-fashioned air of screwball comedy to the piece that gradually transforms with an authentic sense of romantic attraction between Juliette and Alex. Even the film's clichéd tropes, such as thuggish debt collectors who regularly attempt to shake down Alex, come across as colorful diversions to the amorous main event. 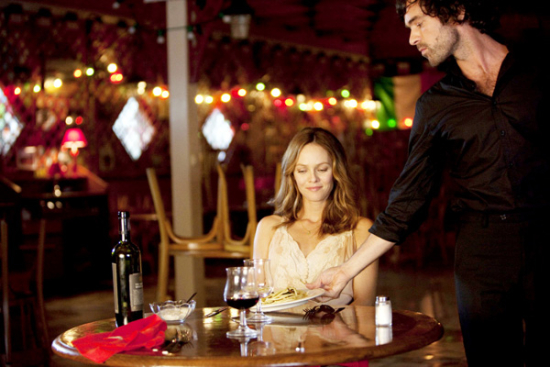 "Heartbreaker" is a comedy told in the range of fluctuating facial expressions that Romain Duris and Vanessa Paradis express in their every scene together. The side benefit of a brief but splendid vacation in Monaco comes as a bonus.