I SPIT ON YOUR GRAVE 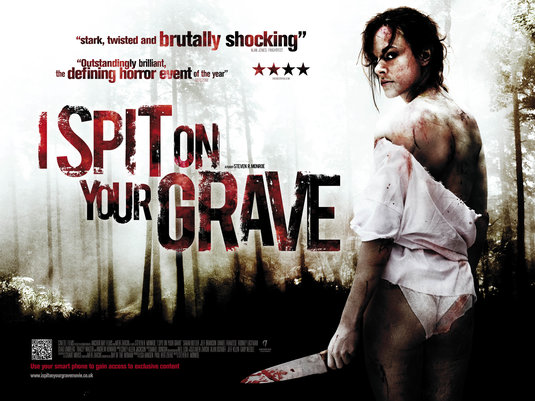 Sticking fairly close to Meir Zarchi's notorious 1978 tale of brutal gang rape and revenge, screenwriter Stuart Morse and director Steven Monroe up the ante of sex and violence for a truly gut-wrenching experience. 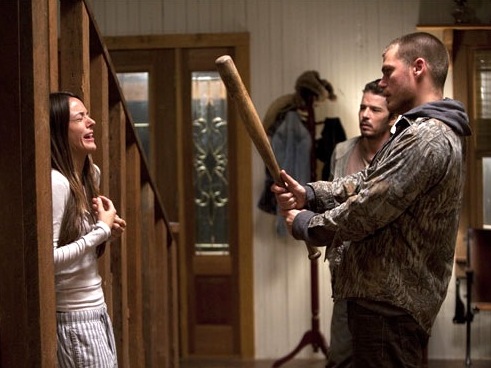 Considerable irony lies in the contrast between what was viewed as the beyond-the-pale exploitation of the frequently censored and banned original film and this modern version that goes further in punishing its victim, her attackers, and the audience. Sarah Butler has the dubious task of playing Jennifer Hills (originally played by Camille Keaton), a big city writer on sabbatical to write a novel in the quiet of a remote cabin by a lake.

Jennifer has the misfortune of meeting four local hicks at a gas station who seize the opportunity to attack the defenseless girl in her cabin. Apart from a poke at authoritarian abuse of marijuana laws, the filmmakers avoid didactic social commentary beyond the clear brutalizing effects of physical violation on its female victim.

Although there is an entertaining element to "I Spit on Your Grave," the film doesn't represent an entertainment per se. It is a movie that digs into a heart of darkness on par with the criminal atrocities that soldiers of all stripes commit against innocent people every day. If it's tough to swallow, that's because it's supposed to be.