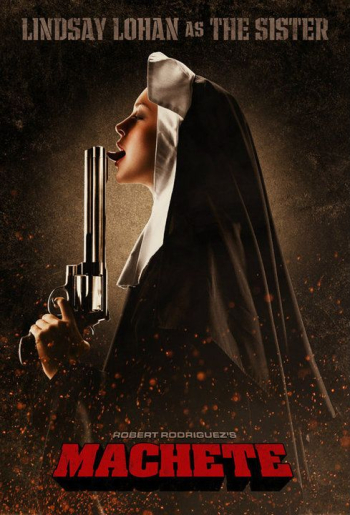 Rodriguez has coined the phrase "Mexpliotation" to describe his ironic reversal on vigilante films, such as "Dirty Harry" and "Death Wish," that were considered by some at the time of their release to represent a fascistic right-wing mentality.

Extrapolated from the faux movie trailer Rodriguez created for the Quentin Tarantino-partnered "Grindhouse," "Machete" follows former Mexican Federale Machete (played with gusto by Danny Trejo), whose wife was brutally murdered before his eyes when he worked as an agent, by a vicious drug lord played by Steven Segal. While looking for day labor work a few years later in Texas, the illegal immigrant Machete is propositioned by Booth (Jeff Fahey), a wily local millionaire, to assassinate Austin Senator John McLaughlin (Robert De Niro) during an election rally in exchange for $150,000. 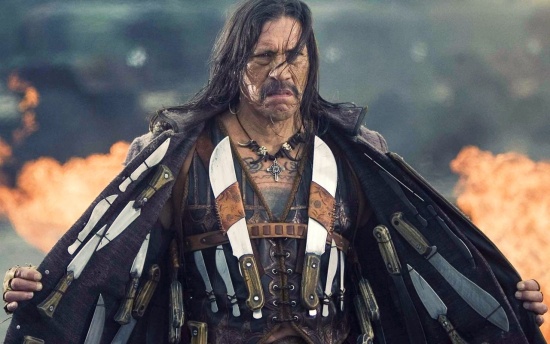 In his off-hours, McLaughlin has a penchant for videotaping himself riding around with his redneck border patrol buddy Lieutenant Stillman (Don Johnson) to mercilessly shoot Mexican immigrants attempting to cross the border. Needless to say, Machete soon becomes public enemy numero uno, and wages a one-man war against the bigoted powers that oppress and kill his people. You can easily guess at his weapon of choice.