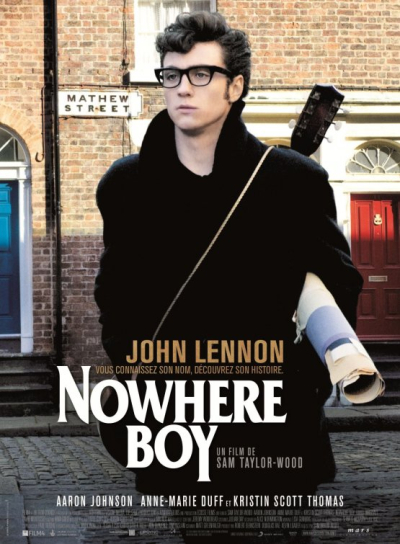 Due to its unflattering depiction of Lennon's mother "Nowhere Boy" is not an early-life biopic of John Lennon that could have been made when he was alive. This is a soft-peddled look at the circumstances that led an ambitious lad from Liverpool to international stardom. Artist-turned-director Sam Taylor-Wood takes advantage of licensing limitations that prevent the use of Beatles songs to delineate Lennon's troubled relationship with his mother Julia (Anne-Marie Duff) after she turned over her five-year-old son to the care of her sister Mimi (well played by Kristin Scott Thomas) and Mimi's gregarious husband George (David Threlfall). George's untimely death leaves a hole in the teenaged Lennon's life that he proceeds to fill with girls and rockabilly music, which he steals from local record shops. Hungry for contact with his mother, the young Lennon (Aaron Johnson) practically stalks the receptive Julia, who lives in a nearby suburb with her boyfriend and her two other children. John cuts school to spend time with his quirky mother, who teaches him to play the banjo. 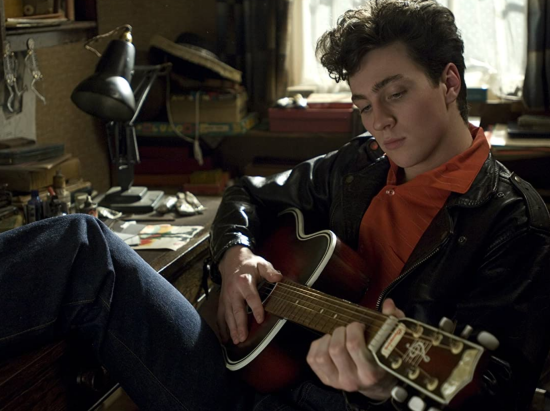 An uncomfortably intimate relationship develops between the mother and son that carries clear incestuous overtones. Yet the dramatic thrust of the picture rests on its third-act revelation of how and why Julia abandoned her son at such an early age.

"Nowhere Boy" comes to musical life when John meets a young Paul McCartney (Thomas Brodie Sangster) and George Harrison (Sam Bell), and the three form the band that would eventually become the Beatles. Aaron Johnson gives a solid portrayal of the rock 'n' roll legend even if he doesn't manage to expand on the character beyond the scripted page.