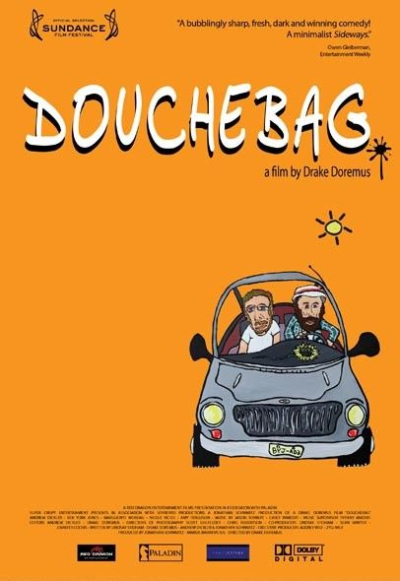 Mumblecore is similar to the defunct Grunge movement that outlasted its cause by half a decade. The indy-sub-genre could be summed up as "lazy, ignorant, and unkempt Granola hippy dudes daring each other to new ethical lows."

The idiot of the film's title is vegetarian Sam (Andrew Dickler), a mean spirited hippy dude on the verge of marrying above his class to kind-hearted Steph (Marguerite Moreau). Since a falling out two-years earlier, Sam hasn't spoken to his artistically inclined brother Tom (Ben York Jones). Steph retrieves Tom from his home in another town to bring him to the wedding six days early. 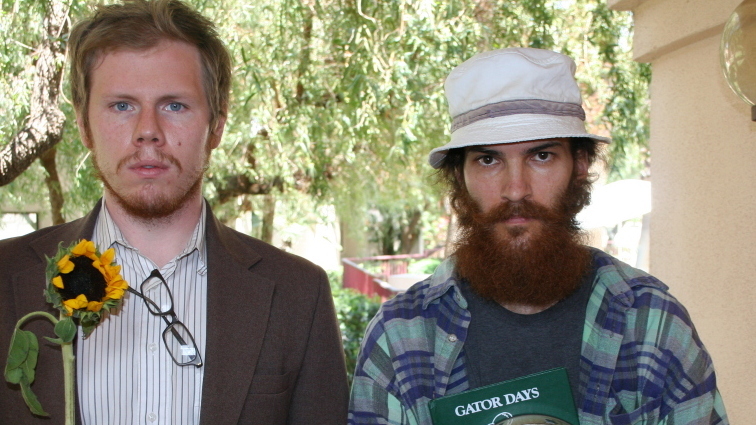 Romantically disinclined twentysomething Tom hasn't had a girlfriend since Mary Berger in fifth grade. Sam seizes on the opportunity to insist that the brothers go on a road trip to locate Mary Barger for Tom to invite to attend the wedding. If watching inarticulate men dressed and acting like eight-year-old boys appeals to you then "Douchebag" might be your bag. At least the filmmakers titled it properly. 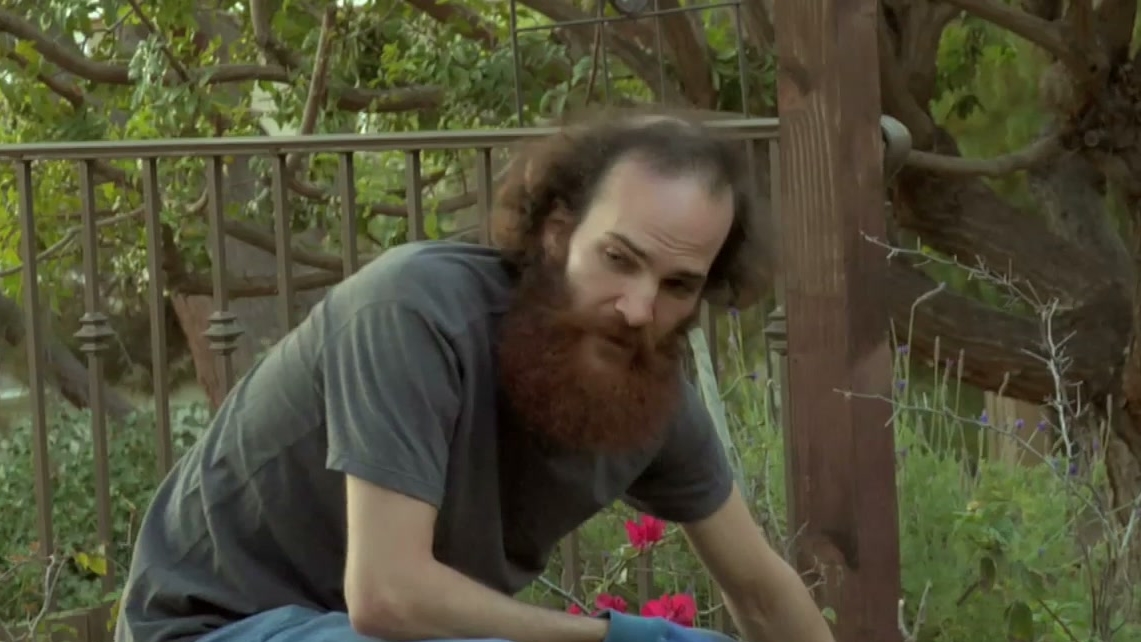