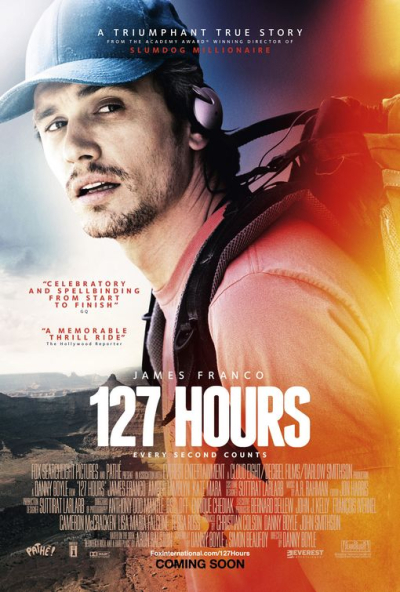 "127 Hours" is based on mountain climber Aron Ralston's memoir about his misadventure in Utah's Canyonlands National Park where he became trapped by a boulder and was forced to cut off his own arm in order to save his life. Director Danny Boyle is a master of movement. He understands how stagnate objects can come to life.

Boyle reaches an expressive moment of such physicality when James Franco's Aron Ralston runs through a snaking rock crevasse in the Moab desert. He runs his hand — ostensibly the one he will lose — along a smooth continuous wall of ancient rock. 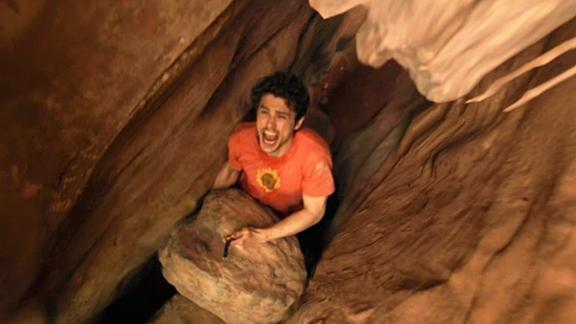 It gives the audience a particular type of tactile satisfaction that pulses with the foreshadowing of the inciting incident that must come when a rock will pin Aron for more than six days. An obvious question taunts would-be viewers about how such an restricted story could be expanded to fill up a feature film. Boyle has fun playing with the challenge by compressing time with things like dream sequences that mirror Ralston's warped mental state that floated in while trapped in the middle of the desert. 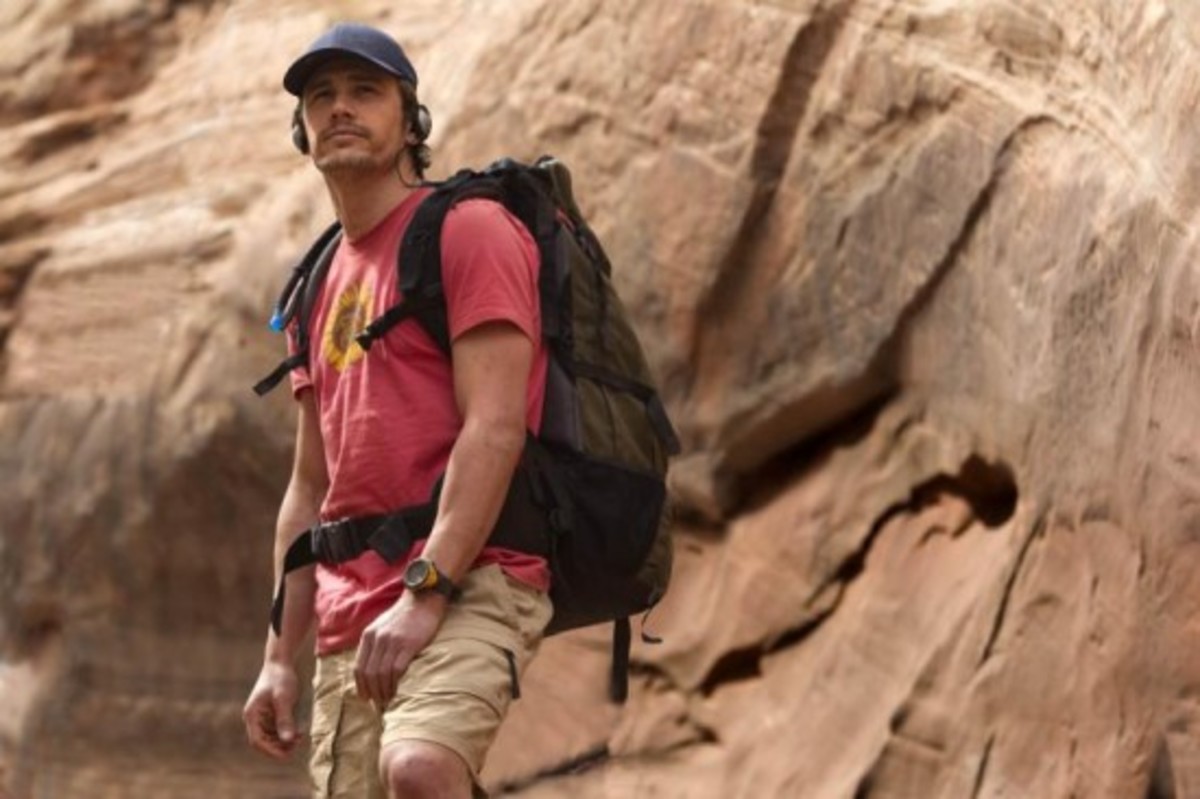