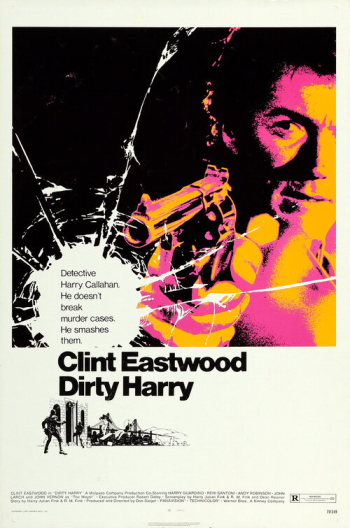 Relying on Clint Eastwood's relaxed but intense title character, Don Siegel's 1971 crime thriller introduces a cornucopia of iconic modern noir elements with which we are all familiar today.

An opulent aerial daytime shot reveals a sniper preparing to shoot a woman swimming in a San Francisco rooftop pool. Said woman is dispatched by said crazed gunman. City Police Inspector Harry Callahan is assigned to investigate. Harry carries an especially large handgun called a .357 Magnum that "can blow your head clean off."

Harry is the prototypical "book? what book?" cop. His partners typically end up hurt or dead. "Dirty" Harry gets called upon to take care of the department's dirty work. On a given day Harry might have to go up in a fire truck crane to rescue a suicide jumper. Harry is fiercely dedicated to the task of catching the serial killer. But Harry has a temper, and an oral fixation that has to be fed with hot dogs and chewing gum. 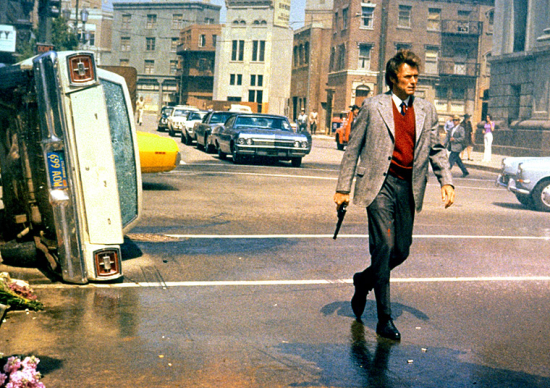 Aside from Bruce Surtees's brilliant cinematography, part of what makes the film so much fun is its campy tone. Harry is the ultimate badass cop, yet wears a red sweater vest like something your grandfather would wear. While discussing the Zodiac-style killer with his partner, Harry issues one of the funniest proclamations in the history of cinema. Commenting on the killer's note, which reveals his plan to target a member of the clergy, Harry thoughtfully says, "He may just figure he owes himself a Padre." It's a ridiculously funny line that means nothing. It's priceless because it shows the great sense of humor the filmmakers had about the kind of action movie they were creating. 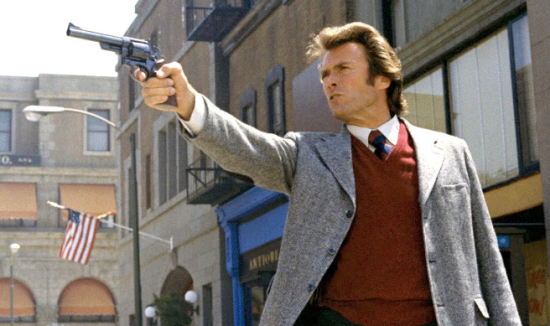 "Dirty Harry" is still one of the most enjoyable films you could hope to sit down with for a couple of hours. Clint Eastwood's hair is an ever-changing work of art unto itself.