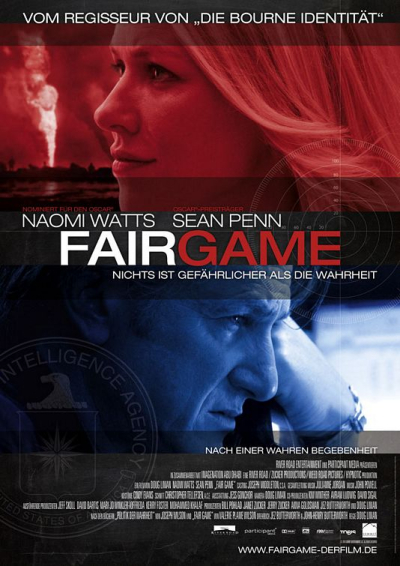 The soul of the story hinges on the vulnerable relationship between Valerie and husband Joe Wilson, a former U.S. Foreign Service diplomat. Wilson's 2003 New York Times op-ed piece, refuting White House claims about Iraq's attempts to purchase yellow cake uranium from Niger as a way to "exaggerate the Iraqi threat," comes at a heavy price. 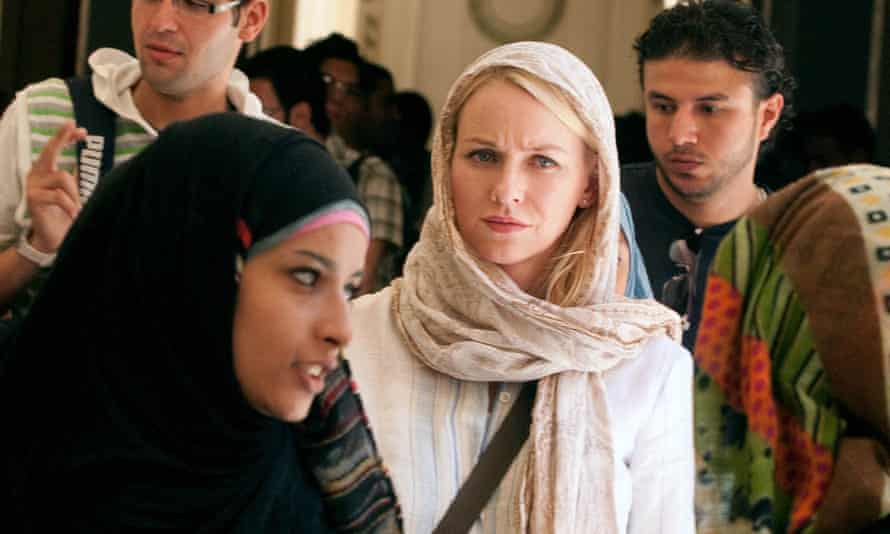 In the blinking of an eye his wife goes from having a top-secret identity to posing a direct threat against the lives of her trusted international contacts. As Valerie Plame, Naomi Watts inhabits the woman with a tough-minded intelligence that transcends an organic truth of Valerie Plame's essential qualities. 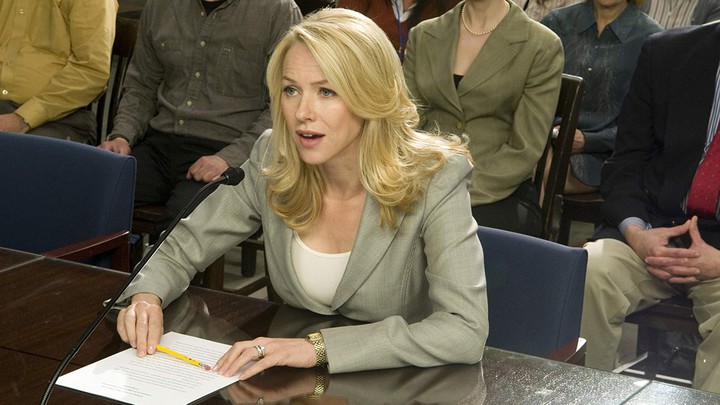 Watts and Sean Penn (as Wilson) worked together in "21 Grams." Their timing and choices here couldn't be more precise. Penn's trademark tenacity strikes a dominant chord that harmonizes against Watts's measured intensity. "Fair Game" is a tricky movie because it's not an espionage thriller, although those are its apparent trappings. It's a story about two very brave and smart people whose life was all but destroyed by design at the hands of Dick Cheney, Scooter Libby, and a certain George W. Bush.