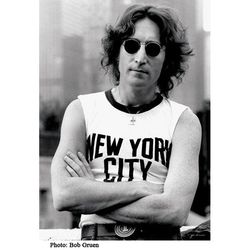 The film chronologically covers Lennon's musical explorations, citizenship troubles, and personal life from the couple's first days in August of 1971 to his death on December 8, 1980. Interviews with band mates from John's New York political band Elephant's Memory add fuel to evocative contributions from Yoko Ono, photographer Bob Gruen, drummer Jim Keltner, Elton John, and others. The effects of American politics are shown taking an emotional toll on Lennon that splits his relationship with Yoko and sends him on a journey of self-destruction in Los Angeles.

The discipline and focus John brings upon his return to Yoko and their Manhattan home, is exemplified in inspiring newfound devotion to his family. "LENNONNYC" reveals a rare prism of memory about a much beloved musician and humanitarian. It allows you to get to know John Lennon during his transformative New York years.