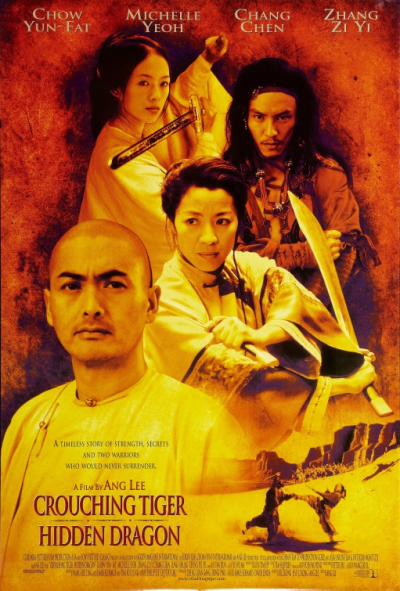 Mysticism and tragedy collide when Li Mu Bai attempts to follow a new path in life by passing along his mighty sword, the Green Destiny, to his friend Sir Te. He charges Shu Lien with the burden of transporting the highly prized possession to Sir Te in Peking. 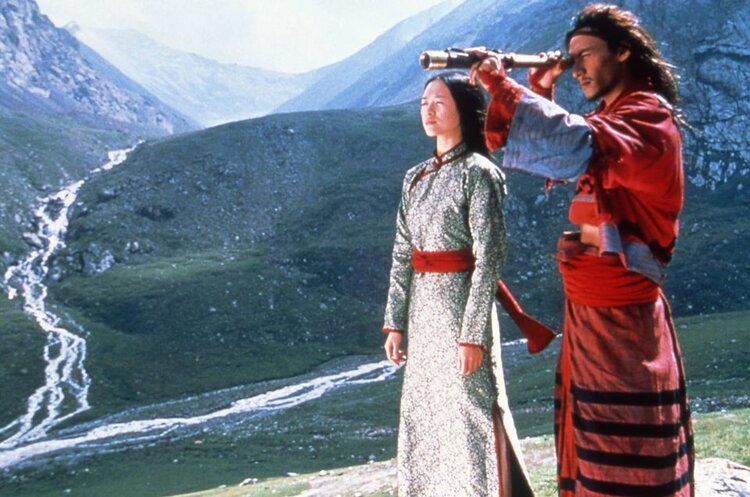 The sword's theft sets off a chain of events which unite Li Mu Bai and Shu Lien in a power struggle against evil martial arts crone Jade Fox (Cheng Pei Pei), and her covetous apprentice Jen Yu. Fox proves an especially tenacious enemy by virtue of having stolen a manual on the ancient Wudan style of martial arts.

The film unifies martial arts stereotypes of the hugely popular Hong Kong genre by embellishing the mysticism of martial arts mastery with a razor-sharp narrative structure. Director Ang Lee stirs in "Matrix"-styled special effects from the stunning perspectives of ancient China to allow audiences to soar effortlessly like the characters over treetops. There's an ethereal dramatic effect here that transcends a primary function of imagination and storytelling.