« THE FIGHTER | Main | I LOVE YOU PHILLIP MORRIS » 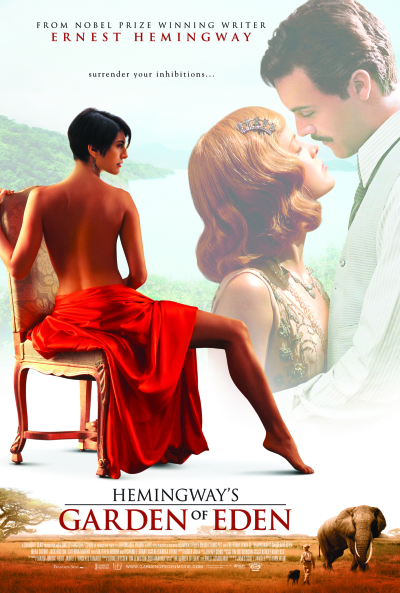 "Everything's right 'til it's wrong." Although the line comes from a supporting character, it foretells the dismal fate of director John Irvin's attempt to adapt Hemingway's troublesome posthumously-published novel.

Hemingway's alter-ego Jack Huston is played by newcomer David Bourne. It's not a memorable performance. Jack takes his bad-animal wife Catherine on an extended summer vacation on the French Riviera after she buys him an expensive sports car.

She's a wealthy heiress. He's a poor but successful writer who likes to stand while banging away at his manual typewriter.

Jack nicknames Catherine (played with sensual abandon by Mena Suvari) "Devil" for her fickle nature — a trait that comes to define their doomed relationship. Once planted in an idealistic seaside lodge where they are the only guests, Catherine initiates a childish brand of androgynous sexual transference.

However, these are distractions rather than narrative fruit. Flashback sequences about Jack's adventures with his father in Africa have the look and feel of scenes from a soap opera. The quality is not on par with feature filmmaking.

Hemingway seemed to be experimenting with taboos of human sexual behavior; here that exploration comes off as shallow. This is a film that feels more like a dalliance than a committed pursuit.

Posted by Cole Smithey at 02:23:31 PM in Drama, Literary Adaptation