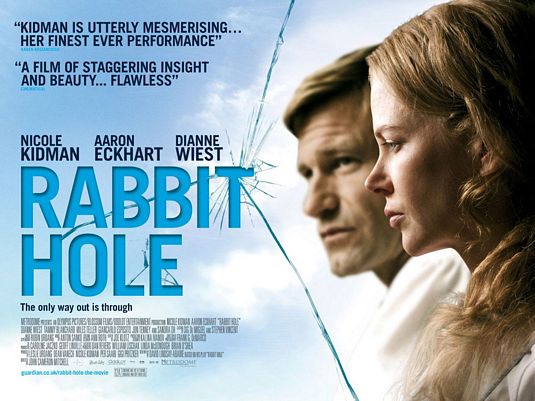 This year's feel-bad holiday drama is an equivalent of "Revolutionary Road" crossed with "Reservation Road," but sadly nowhere near effective as either.

Director John Cameron Mitchell carries on the "R" alliteration with David Lindsay-Abaire's screen adaptation of his own play about a New York couple grappling with life after the death of their four-year-old son. Nicole Kidman plays wife Becca to Aaron Eckhart's husband Howie. Becca rejects the weekly group therapy sessions the couple attend in favor of following up on her own ideas for healing from the tragedy that threatens to consume her marriage. Howie takes a divergent path to finding some amount of inner peace. The story gains plodding momentum from influential supporting characters, including the teenaged driver who accidentally killed the couple's son and Becca's empathetic mother (Dianne Wiest). But these subplots are wrapped in a clinical sheen of artifice that keeps the film inside a kind of hermetic bubble. The argumentative dialogue between the couple is writ large but we don't see enough of the logic that might enable them to stay together. 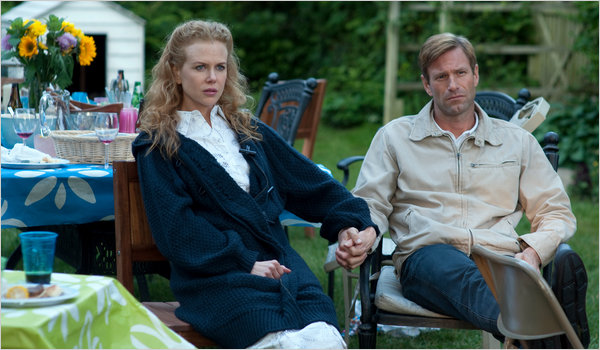