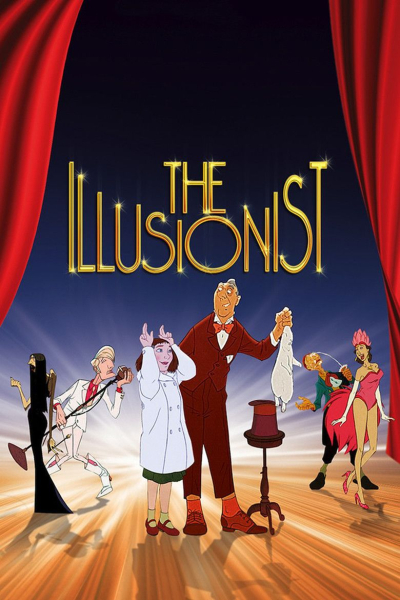 Animating an unproduced script by the late great Jacques Tati proves problematic an insurmountable challenge for filmmaker Sylvain Chomet ("The Triplets of Belleville").

Unfortunately Tati's ingenious style of physical comedy just doesn't translate in to animation. The entertaining effect of watching the actor play with balance and proportion as he moves is lost here, in spite of Chomet's best efforts at  evoking Mr. Tati as a '50s- era traveling magician. Which is not to take anything away from Sylvain Chomet's beautiful execution. He, which wonderfully employs light and color in elegant and understated ways. Our unnamed lanky illusionist hits the road for Scotland, where he's soon reduced to performing his average picayune brand of rabbit-from-out-of-a-hat routines in pubs. Ill-fitting suits and cheap hotel rooms come with the territory. A teenage lass named Alice needs protecting more than his rabbit, and so our thoughtful Tati-like character takes her under his wing. Tati wrote the story for his own daughter. With no familial connection between the characters, their age difference makes for some uncomfortable moments as she matures under his guidance.

Most notably missing are the laughs associated with Jacques Tati's films, such as Mr. Hulot's Holiday. "The Illusionist" is too somber and melancholy. An atmosphere of sadness pervades every scene. Mature fans of truly artistic animation will get more out of the movie than younger audiences. 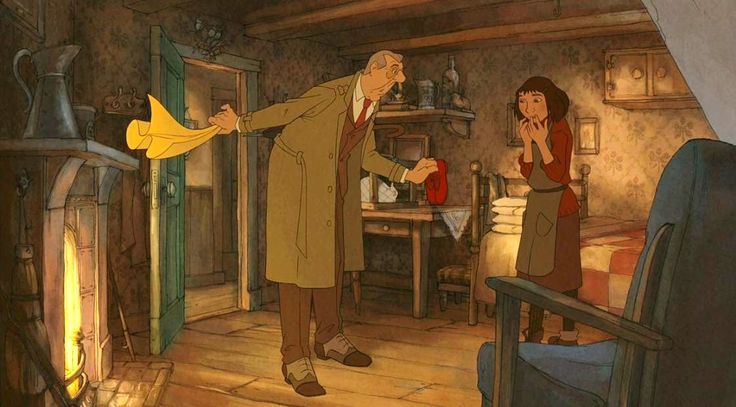 Posted by Cole Smithey at 04:57:01 PM in Animation, Children's Cinema