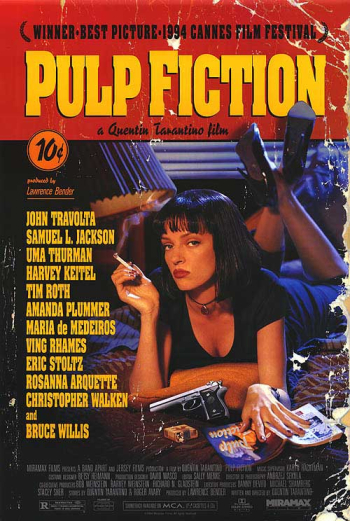 After reinventing American cinema with his exhilarating first film ("Reservoir Dogs"), Quentin Tarantino delivered an even better one. 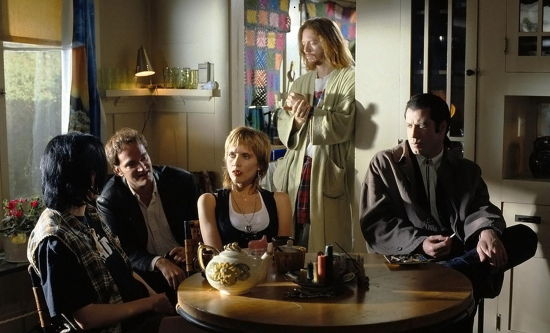 Lots of stuff happens, and all of it has a special purpose to the story. 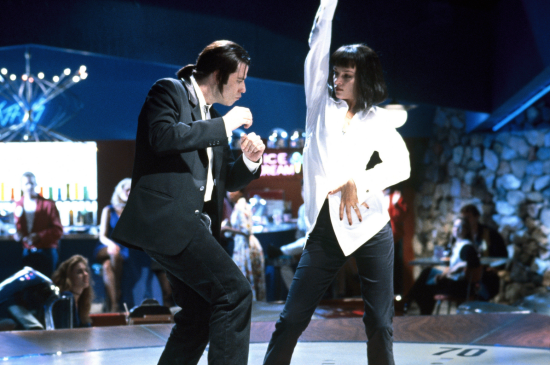 Most audience members come away from "Pulp Fiction" with a favorite scene they can quote or talk about ad infinitum. Christopher Walken's classic monologue as Captain Koons, about the gold watch passed down from the young Butch's great grandfather that he personally “wore up his ass for two years,” is one such example of pure theatrical formulation. You can’t help but get hooked. 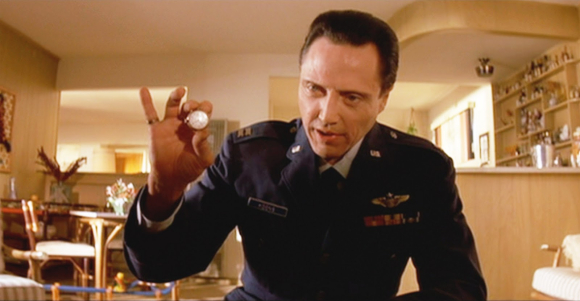 The musical muscularity of the QT’s language is palpable. Captain Koons’s monologue explains the older Butch's obsessive drive to retrieve the watch in spite of the danger in which it puts him. Bruce Willis's Butch bites his tongue when his silly French girlfriend Fabienne tells him that she left his watch behind in their apartment. Butch holds his temper until he can let it out in the privacy of his car. Regardless of how offhand events seem at the time, everything connects to something else in the story, and with a big punch. 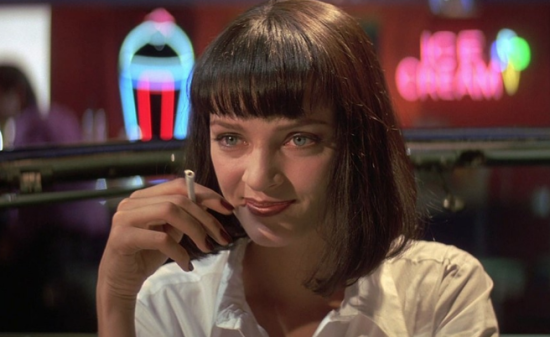 Like Cassavetes before him, Tarantino trusts the sophistication of his audience. He doesn't hold back; he edits. The characters impart their identities in pressurized situations that demand action, or at least some very fast talking — and talk they do. 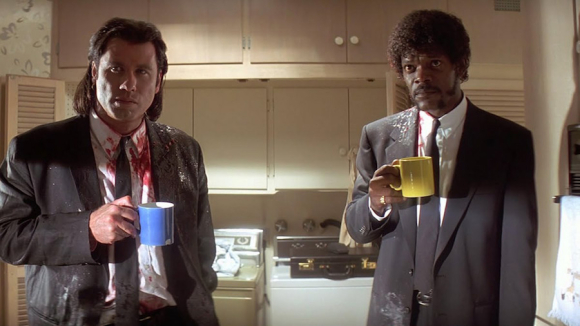 The vulgarity that turns some audiences off to "Pulp Fiction" is the very same quality that allows the catharsis that Samuel L. Jackson's Jules character experiences during an attempted robbery in a diner. Once again, it’s a monologue that provokes resolution. While quoting Ezekiel 25:17, as he frequently does before killing someone, Jules comes to see himself in a different light. In “Pulp Fiction,” every person in the story is transformed.