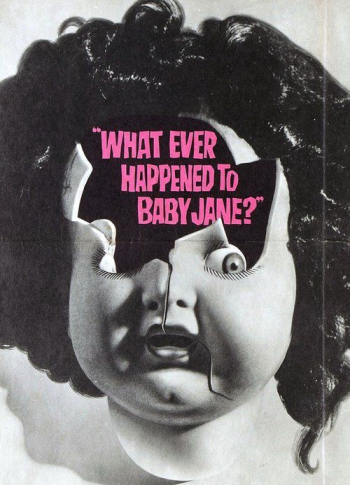 Robert Aldrich's moody psychological thriller is at once and Gothic and postmodern. Real-life bitter rivals, Bette Davis and Joan Crawford play into their real-life dueling reputations. Here the iconic dames of Hollywood play child star sisters whose fates are inextricably woven together.

The petite Davis is positively monumental as Baby Jane Hudson, a former vaudeville child performer who hit her peak in 1917 by singing a shamelessly sentimental number entitled "I've Written a Letter to Daddy." The song is about a little girl who mails a letter to her deceased father in heaven. As much of a spoiled brat as Jane is, her sister Blanche harbors a seething jealousy that is profound in its dark depths. 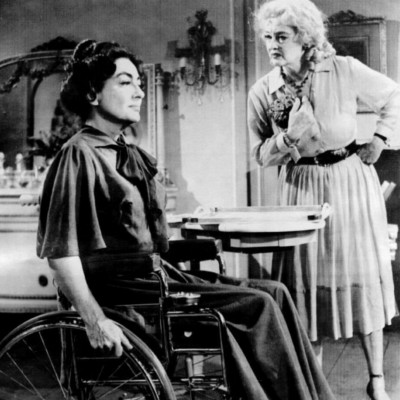 Currently, it's 1935 in Los Angeles. The retired sisters live together in a compact mansion formerly owned by the silver-screen superstar Valentino. Both sisters had success in the movies, but Blanche enjoyed considerably more fame than Jane. It doesn't matter much anymore since a car — presumably driven by Jane — struck Blanch and left her paralyzed from the waist down some years earlier.

A black maid named Elvira (Maidie Norman) visits the house weekly to do the cleaning and assist with Blanche's special needs. Confined to a wheelchair in a second-floor bedroom, Blanche plans to put her abusive sister Jane into a nursing home. With her face caked in white make-up, Jane likes to present uncooked items to Blanche when she isn't treating her with more disdain than most people would reserve for their worst enemies.

Jane plans on reviving her career. She enlists the assistance of a local pianist by the name of Edwin Flagg (unforgettably played by Victor Buono) to help restore her career. Blanche is not without her own annoying habits. The buzzer she relentlessly presses to summon Jane interrupts the movie with a shrill noise that supplies an irritating tone to Blanche's own twisted psychological state.

“What Ever Happened to Baby Jane?” was the primer for the “psycho-biddy” subgenre that gave birth to films such as “Hush… Hush, Sweet Charlotte” (also directed by Robert Aldrich).

Bette Davis and Joan Crawford own their diabolically self-destructive roles with virtuosic authority. The self-referential undertow of their career identities carries the drama to its disturbing conclusion with the weight of history upon it. "What Ever Happened to Baby Jane" is a legendary thriller worthy of its two great women starts of Hollywood’s Golden Era. 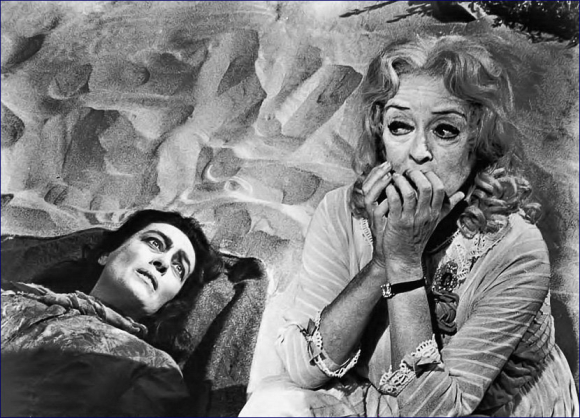