JUST GO WITH IT 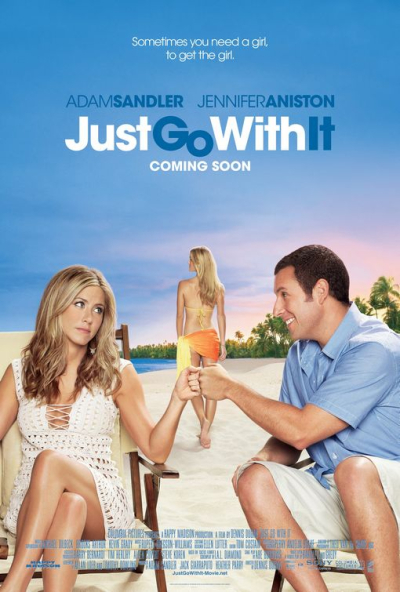 No matter how many marginal comedies Adam Sandler makes, he shows no sign of improving on his proven formula for mediocrity.

Sandler plays Danny, a plastic surgeon whose bad experiences with his first would-be wife left him emotionally scarred. Excited yet? Danny has perfected a technique for sleeping with women without the threat of commitment. 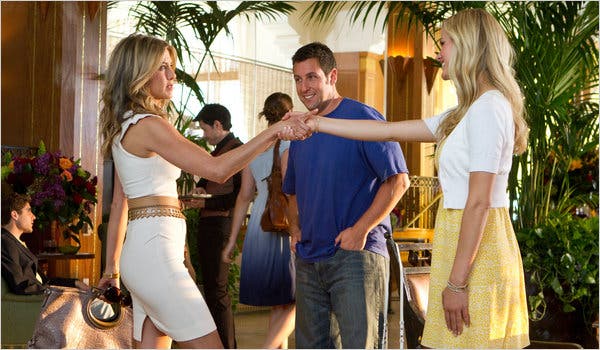 He uses a bogus wedding band to lure women whom he convinces are his momentary salvation from his [non-existent] abusive, cheating wife. Danny meets a young hottie named Palmer (Brooklyn Decker), who discovers the prop wedding ring. Piling lies on top of lies in time-honored comedic fashion, Danny hatches a plan to have his amiable medical assistant Katherine (Jennifer Anniston) pretend to be the wife he is "divorcing." 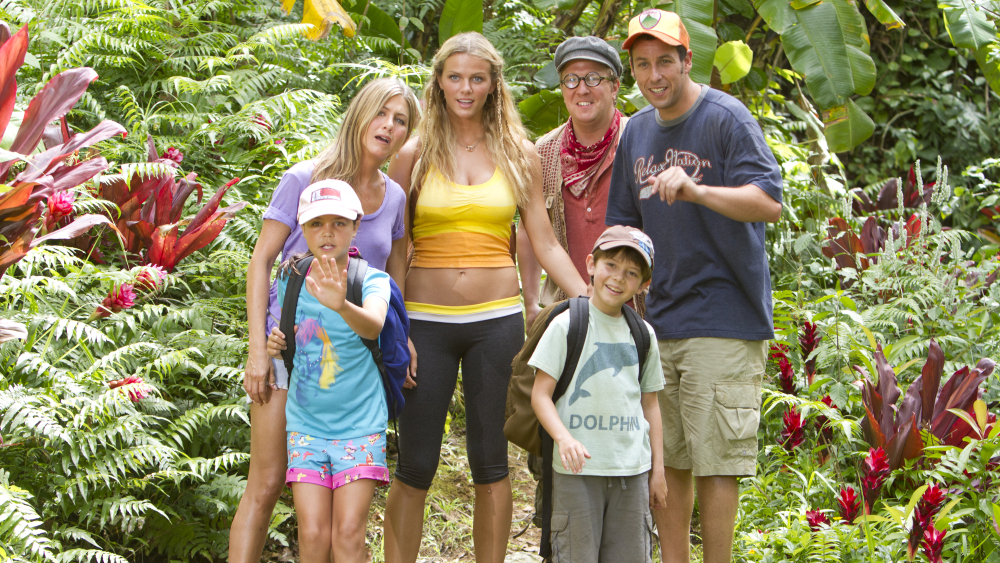 Not a single plot surprise arises as Danny is blackmailed by Katherine's bratty kids into taking the whole gang on a get-to-know-you Hawaiian vacation. Even Danny's goofy cousin Eddie (Nick Swardson) gets pulled into the trip--he's posing as the man who stole Katherine away from Danny.

Nicole Kidman shows up in a strange extended cameo along with Dave Matthews playing her oh-so-sincere hubby. Only Adam Sandler's loyal fans will forgive his trademark comic trespasses. But evidently that's enough of an audience base to keep Sandler cranking out his remedial comedies.

Posted by Cole Smithey at 07:51:23 PM in Comedy, Romantic Comedy