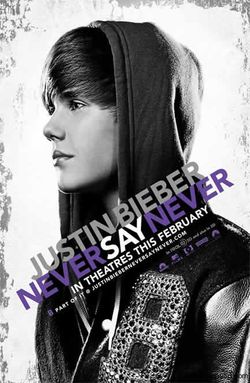 It's a given that Justin Bieber's millions of prepubescent girl fans are ill-equipped arbiters of taste. So it goes that this faux documentary is nothing more or less than a 113-minute marketing campaign for the latest teenybopper flavor.

One thing is certain, this is not a movie; it's a very long commercial. And by "long," I mean boring. Cheesy manufactured bubblegum-pop meets puppy luv as Bieber's brief sixteen years on the planet are poured over in a worshipful scrapbook format.

Wow, the kid from Canada can play more than one instrument, and sing in a forced R&B style with genuine feeling. Regardless of how much music-industry heavyweight Usher sanctions the undeniably talented young singer's skyrocket to fame and fortune, Bieber's songs sound remarkably similar. They're all aimed at the "lonely girl" in the audience who will win his heart. Snooze.

It takes about forty minutes for the music's drone effect to set in, and tedium to take over. I suppose it's impressive that Bieber sold out Madison Square Garden. The movie certainly tells us enough times we should be duly awed by the achievement, even if it's to a crowd of adoring 10-year-old girls.

We get plenty of teary-eyed confirmation from squeaky little lasses about how much they luv Justin Bieber for things like his hair, his laugh, and probably his dirty underwear as well. But teenyboppers are a notoriously fickle bunch. 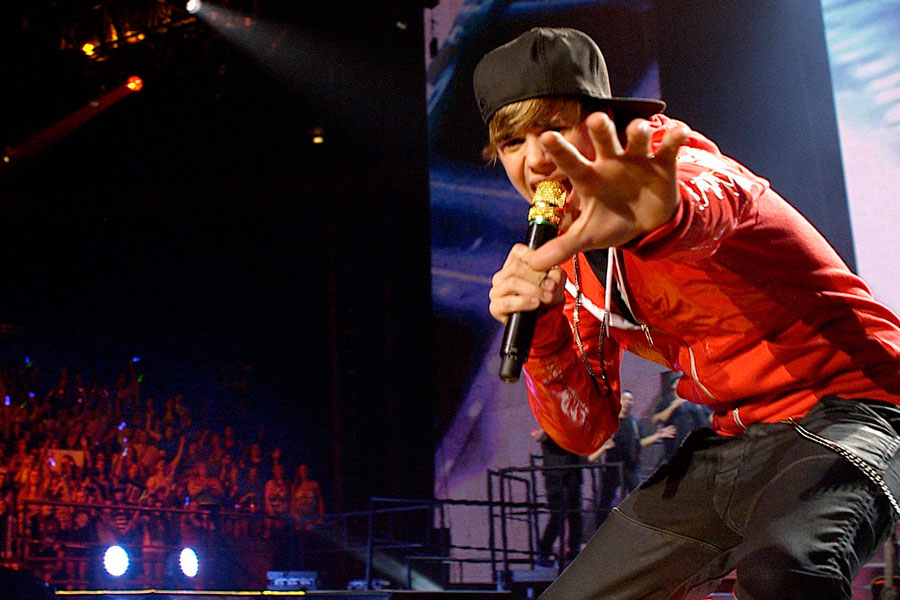 It's too soon to tell whether or not Justin Bieber has the musical imagination and fortitude to make lasting contributions to music. On the surface it doesn't seem like he possesses the craftsmanship of singers like Iggy Pop or Elvis Costello, who each started writing and performing songs before they were 18.

Either way, this is not a "movie" for adults, just their bank accounts.