OF GODS AND MEN 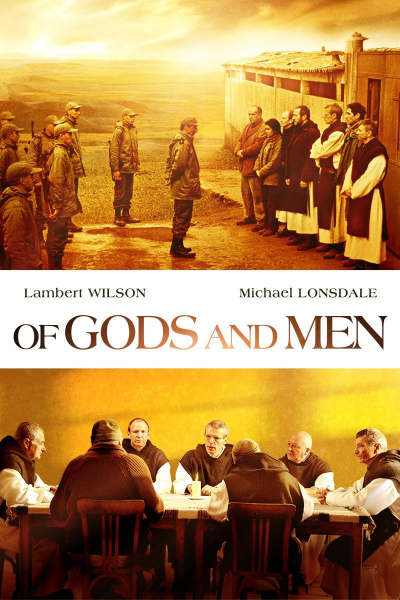 This French entry for the 2010 Foreign Language Oscar is a plodding account of the predictable fate of eight French Christian monks living in war torn Tibhirine, Algeria during the '90s.

An Islamic fundamentalist group are ruthlessly killing locals and foreigners with equal impunity. Lambert Wilson plays the monk Christian, who leads his congregation's humanitarian efforts that include providing medical care for the local peasant community.

Sequestered in their humble monastery, the monks go about daily rituals of prayer, chanting, reading, gardening, and bee keeping.

Christmas is just a few weeks away when they are given an ultimatum for all foreigners to leave the country. Heated discussions follow among the monks about whether to stay or leave the community they have become an integral part of. Choosing to forgo military protection by the government, even the local mayor demands the group leave. 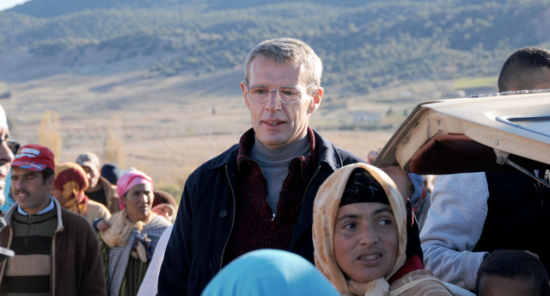 Missionaries are not, as a rule, a very pragmatic lot. Passive resistance only goes so far in bridging the gap between Christianity and Islamic beliefs.

Director Xavier Beauvois captures the solemnity of the monks' existence. He casts a properly diffused light over a peaceful group of cultural interlopers willing pay for their trespassing with their lives. 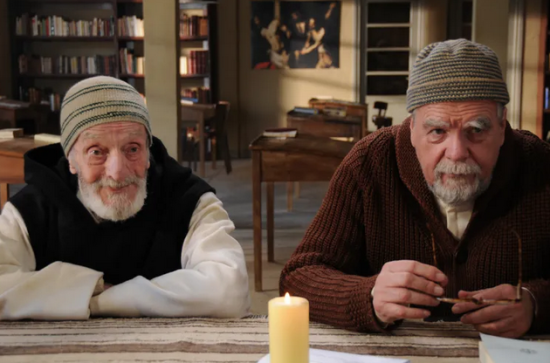 "Of Gods & Men" is a chamber piece tragedy trapped in a bubble of naive optimism. A little cynicism could have gone a long way.

Posted by Cole Smithey at 10:09:31 PM in French Cinema, Religion