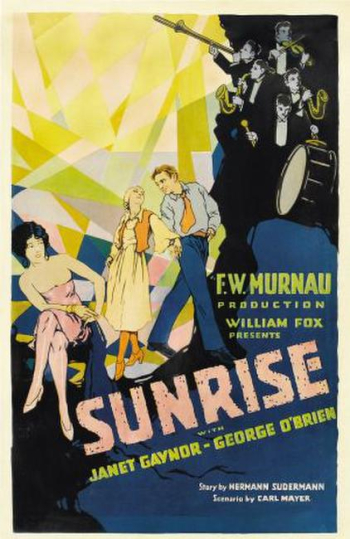 F.W. Murnau's first American film is a much beloved tour de force of silent filmmaking. The celebrated German director of "Nosferatu" (1922) and “The Last Laugh” (1924) immigrated to Hollywood in 1926 to make a movie about a married couple for Fox Studios. "Sunrise" is subtitled "A Song of Two Humans" as a way of reinforcing the story's undying theme: the universality of endangered love.

George O'Brien and Janet Gaynor brilliantly play an unnamed peasant couple that live in a small lakeside village with their young child. They are simply referred to as The Man, and The Woman. Deadly temptation tugs at the heart, mind, and loins of O'Brien's patriarchal character, here in the form of a cunning vacationing city woman who convinces the farmer to kill his wife so they can run off together. 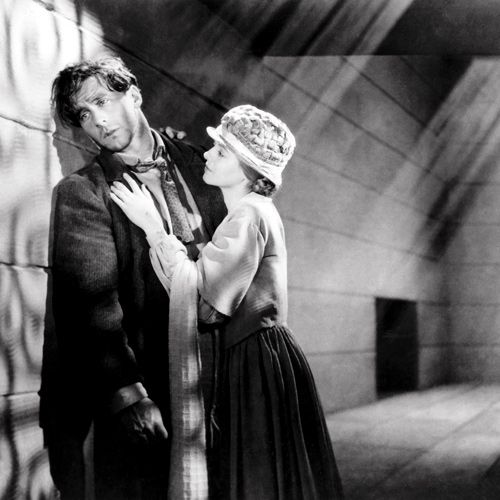 Cinematographers Charles Rosher and Karl Struss create fascinating split-screen and double-exposure camera effects that are stunning even by modern standards. Murnau's exquisite use of juxtaposed expressionist set designs with subjective camera angles, pans, and zooms, take the audience on an emotional rollercoaster ride. 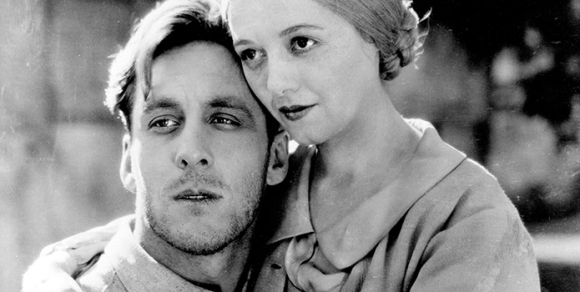 Using very few inter-titles, "Sunrise" is a visual cornucopia. The film would work perfectly even without any text. Murnau used no such transcript narration on his previous film "The Last Laugh" (1924), the picture that convinced Hollywood to bankroll “Sunrise.”

Natural light sources play an important role in evoking the shadows of mood, which hang over every scene. Incorporating melodrama, comedy, romance, and fantasy, Murnau freely plays with genre, all the while remaining true to the story's humanist focus.

It's pointless to discuss the story beyond its initial parameters. To do so would give away secrets that any audience coming to the film for the first time should be allowed to discover anew.

There is a timeless poetry at play in "Sunrise" that takes your breath away. The performances are not purely representational, but they are polished with layers of nuance that Murnau's patient camera clearly captures. The film's dreamlike quality allows it to stay with you. You can't help but fall under its spell. 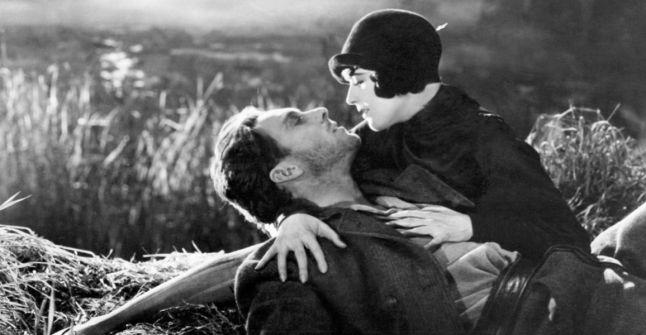 “Sunrise” won an Academy Award at its debut ceremony in 1929 for “Unique and Artistic Production.” Sadly, Murnau was killed in a car accident just four years after making “Sunrise,” by which time Fox had ripped up his contract following two failed pictures (“4 Devils” and “City Girl”). Thankfully, we still have “Sunrise” to remember him by. 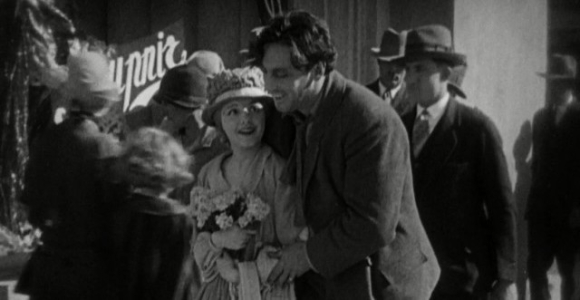