THE DISCREET CHARM OF THE BOURGEOISIE — THE CRITERION COLLECTION 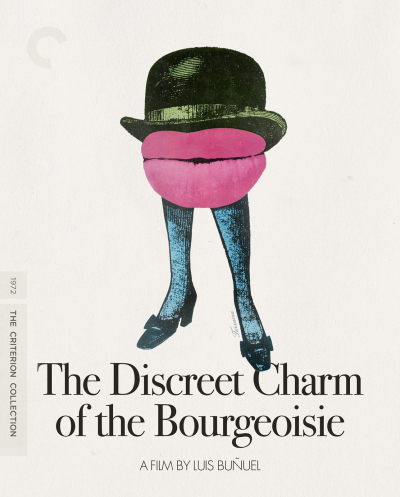 Luis Buñuel's most financially successful film is an absurdist satire that puts the strictures of upper class society under a pulverizing gaze to examine its many hypocrisies. The role of organized religion, the military, politicians, and the ruling classes are lambasted for their ambivalent attitudes, shallow values, and ritualized conventions of avoidance. 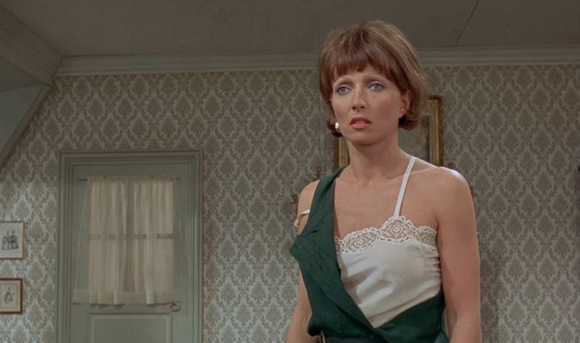 Where the characters of Buñuel's 1962 film "The Exterminating Angel" were unable to leave the room of their dinner party, the well-dressed dinner guests of "The Discreet Charm of the Bourgeoisie" are unable to dine regardless of where they go.

A wealthy couple, Alice and Henri Sénéchal (Stephane Audran and Jean Pierre-Cassel), are surprised by the arrival of their four dinner guests on the wrong night. The six friends set off together in search of a civilized meal but are thwarted at every turn. A visit to a familiar restaurant turns into a wake for the former owner, whose corpse occupies an adjacent room. At another would-be feast, a curtain is pulled back to reveal an audience watching the hungry diners who sit at a table onstage for an unannounced theatrical presentation. 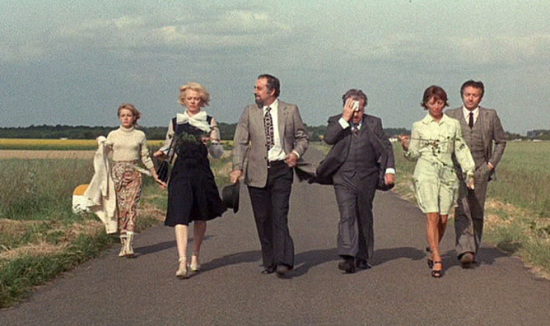 Buñuel blends reveries with nightmares to expose chilling realities that simmer beneath the surface of appearances of "polite society." Time-flipping segues, flashbacks, and bizarre events break up the narrative with an off-kilter sense of gallows humor. A priest taking confession from a dying man learns that the man was responsible for killing the priest's parents many years ago. Terrorist attacks are commonplace. Buñuel doesn't just take the piss out of his muted representatives of societal repression; he makes them victims of their own devices. 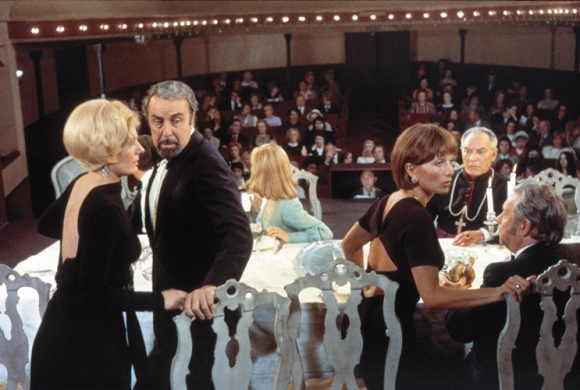 Buñuel signature surrealistic approach comes across in his asymmetrical juxtaposition of props, such as rubber chickens or a Napoleon-styled hat. Buñuel doesn't just ridicule, he pokes and prods at his dubious subjects with a gleeful delight until they squeal. Such priceless cynical joy you won't find anywhere else.