THE PRIVATE LIFE OF HENRY VIII — THE CRITERION COLLECTION 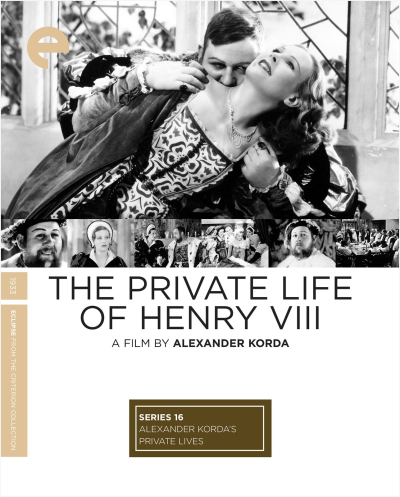 The film's sense of British nationalism shines through in Charles Loughton's earnest delivery of the line, "Diplomacy, diplomacy." "I'm an Englishman; I can't say one thing and mean another!" Talk about comic deception. Charles Laughton won a well-deserved Best Actor Oscar for his portrayal of the corpulent King with a reputation for incurring the deaths of his many wives. 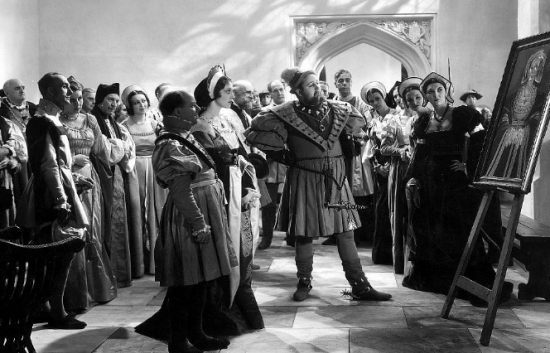 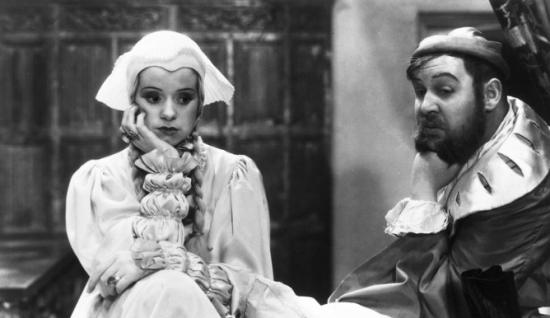 Still, Henry already has his eye on Lady Katherine Howard (Binnie Barnes), an opportunist courtesan involved in a private affair with Henry's courtier Thomas Culpeper (Robert Donat). The King’s "secret" visit to Katherine's room allows her to exert the upper hand she wields with cunning and grace. Katherine questions whether he seeks admittance to her bedroom as a Henry the King or as Henry the man. Only when he admits that it is a command from the King does she open her bedroom door. 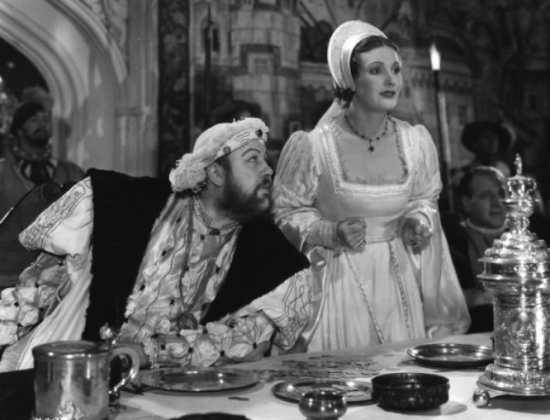 Charles Loughton's real-life wife Elsa Lanchester mugs up a storm as Henry's sexually naive yet masculine-minded fourth wife, Anne of Cleves. Her comic performance sticks to the film like chewing gum on a 500-year-old statue. Although American audiences would forever associate Elsa Lanchester with her iconic portrayal of the female monster in “The Bride of Frankenstein,” her performance here is deliciously executed. 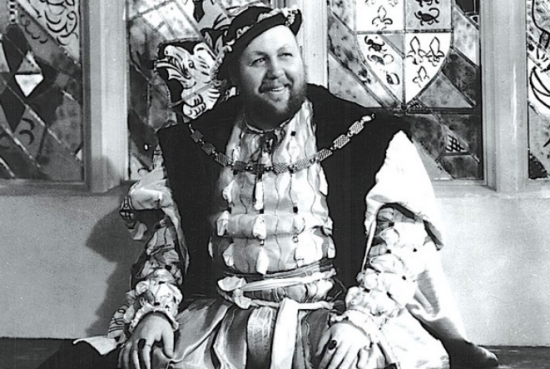 Korda encouraged several benchmark cinematic moments in the picture. For example, Loughton breaks the fourth wall on two stunning dramatic occasions to play directly into the camera lens. The first comes at the moment when King Henry discovers his third wife has died after giving birth to a son. Laughton plays the emotion for all of its political import, uttering an obligatory "God rest her sweet soul," before breaking the sentiment to focus on his infant prince Edward. The jolting scene represents a flourish of calculated confidence on the part of the director and of his star actor. 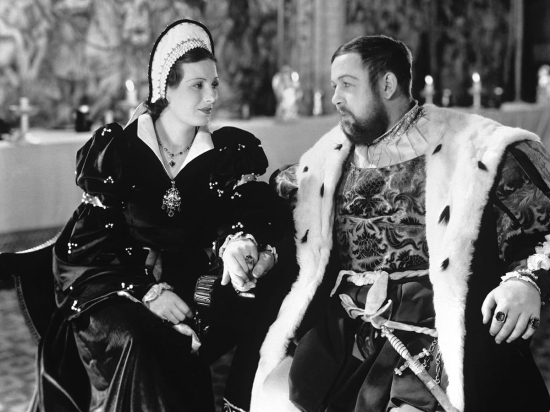 The film's most famous bit, however, involves Laughton eating a chicken with the primal gusto that clearly defines King Henry's character as a gluttonous man devouring whatever is put before him. His omnivorous hunger overtakes everything in its path, be it food, politics, or any available members of the opposite sex.