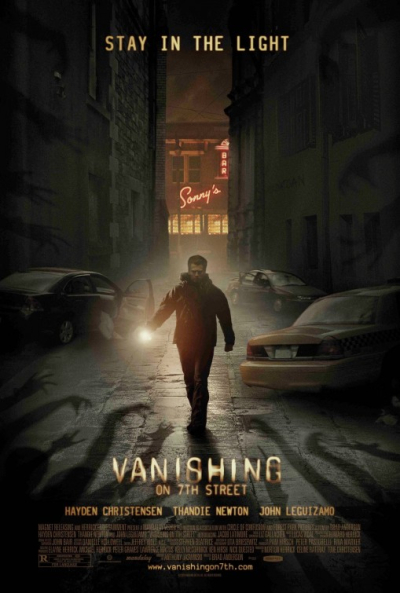 Director Brad Anderson's awkward apocalyptic thriller traps its handful of doomsday survivors in an environment of increasing darkness. But rather than a literal gloom, this is a creeping blackness backed with an unseen consciousness.

The B-movie trope soon wears out its welcome. Hayden Christensen plays Luke, a television news anchor who stumbles into a lit Detroit dive bar guarded by James, the 13-year-old son of the bar's missing bartender. Also drawn into the bar's gasoline-powered safety zone are Thandie Newton and John Leguizamo. 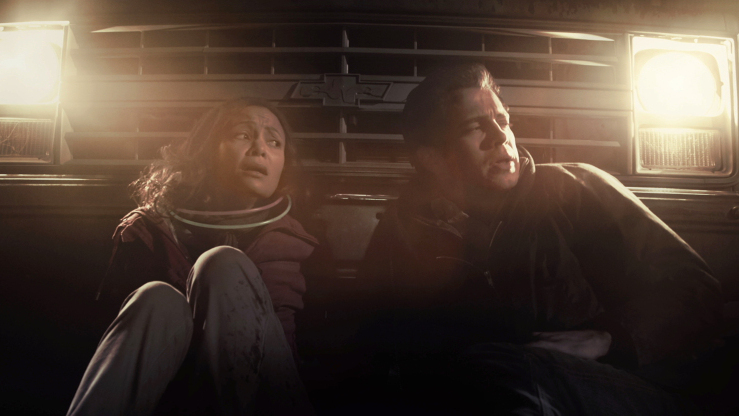 Creeping shadows gradually claim lives to give the audience a fitful sense of "Omega Man"-styled desolation. "Vanishing on 7th Street" is more of a mood piece than the social satire that screenwriter Anthony Jaswinski apparently aspired to create. Even a mediocre episode of Rod Serling's seminal television show "The Twilight Zone" would outshine this bland effort. 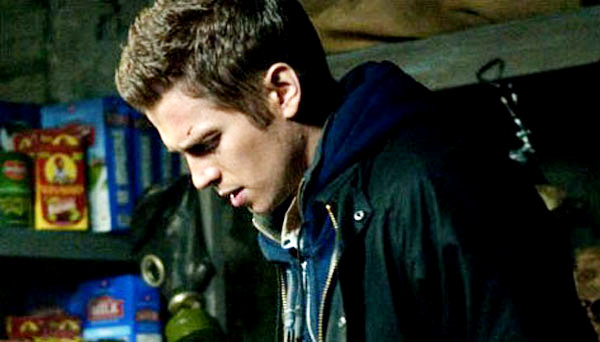 Posted by Cole Smithey at 12:08:30 PM in Horror, Suspense, Thriller