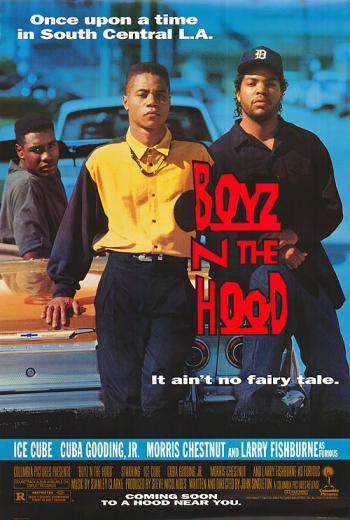 With an impressive cast of newcomers that includes Cuba Gooding, Jr., Ice Cube, and Regina King, the film is divided into three acts that encompass the early life-trajectory of its young protagonist Tré Styles (Gooding Jr.).

This is a film of substance, style, and meaning. 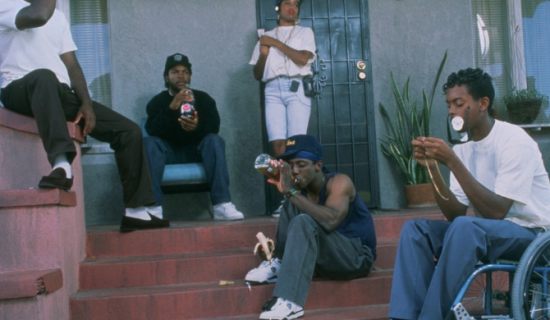 Ten-year-old Tré's parents Reva (Angela Bassett) and Furious Styles (Laurence Fishburne) are divorced. Breaking a signed agreement with his mother regarding his behavior at school sends Tré (Gooding Jr.) to live with his father in South Central's Crenshaw neighborhood.

Determined for Tré to rise above the dead-end fate of most of his similarly aged neighbors, Furious instills specific lessons about how Tré should conduct himself as a young man. Furious instructs Tré to stay out of the Army. He tells his son not to respect anyone who doesn't respect him. Notably, Tré is the only young male character in the story with a concerned father raising him. 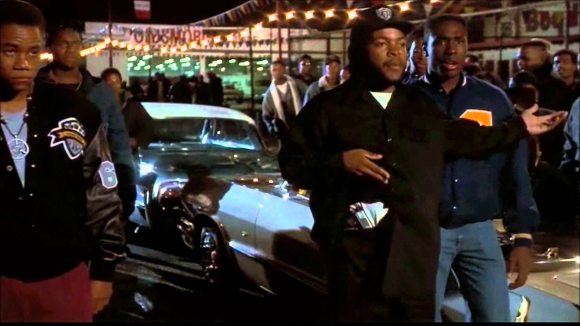 If “Boyz N The Hood” dips into a preaching tone of instructional polemic, it comes from a place of well-considered anxiety. On the brink of entering college, Tré is preoccupied with establishing a romantic life with his girlfriend Brandi (Nia Long). He spends most of his time with Ricky, his athletic longtime best friend. Already a father, Ricky has blossomed into a star high school football player with a shot at a USC college scholarship if he can score above a 700 on his upcoming SAT exam. 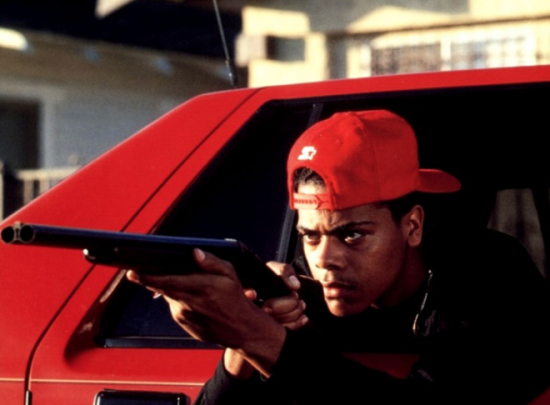 Shootings are a nightly occurrence in Tré’s dangerous South Central neighborhood. Police helicopter searchlights shine through the windows of kids doing their homework. American media outlets cover wars in other countries, but turn a blind eye to the siege of violence on its own Southern California streets. This is no place to live. 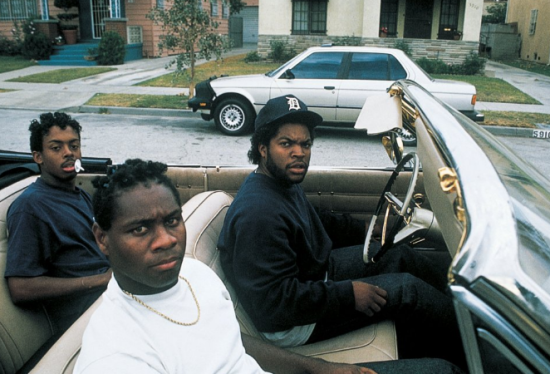 "One out of every twenty-one Black American males will be murdered in their lifetime. Most will die at the hands of another Black male." 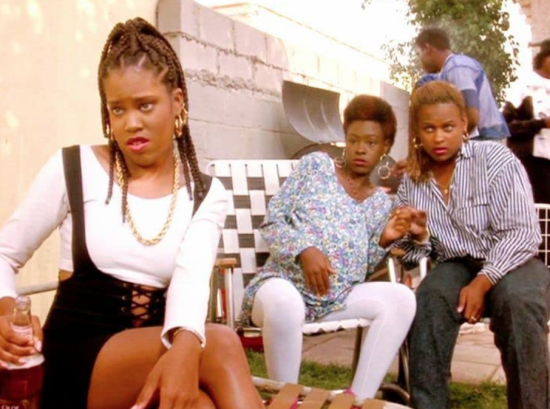 "Boyz N the Hood" is more than a filmic record of a troubled American existence. It is a boldly defiant and desperate call for peace in the midst of social anarchy. The movie can be viewed as a cinematic West Coast response to Spike Lee's "Do the Right Thing." It is just as affecting as Spike Lee’s best film, and grittier.