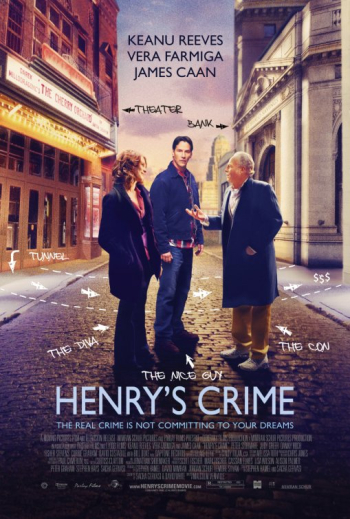 There's more than a little of Woody Allen's "Small Time Crooks" at work in British filmmaker Malcolm Venville's low-key orchestration of a screenplay by Sacha Gervasi ("Anvil! The Story of Anvil"). "If you've done the time, you may as well do the crime." That pitifully cynical viewpoint is gospel to Keanu Reeves and James Caan.

Reeves plays Henry, a blue-collar average Joe toiling as a toll booth clerk in Buffalo. Henry comes home to his medical-intern wife Debbie (Jude Greer) one November morning. Three "pals" show up in baseball uniforms. Henry blithely agrees to drive them to their "game," which naturally turns out to be a bank robbery. Only Henry gets busted. Fortunately, prison life isn't so bad when Jimmy Caan is your cellmate. James Caan's character Max is a lifer whose acceptance of his existence has gone beyond Zen without even trying. 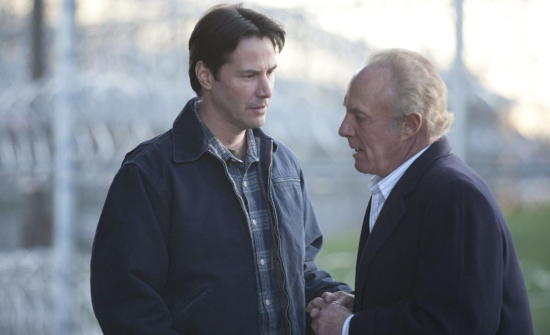 Upon his release, Henry discovers a publicly displayed map that shows a tunnel reaching from a stage theatre and the very bank he did time for trying to rob. Max's release from the big house allows him to team up with partner-in-crime Henry. The duo scopes out the theatre across the street from the bank where a production of Chekhov's "The Cherry Orchard" is in rehearsal. Henry gets smitten with the play's leading lady Julie (Vera Farmiga). After a couple of dates Henry gets casts in the play opposite Julie. Meanwhile, Max tunnels to the bank vault from Henry's basement dressing room.

"Henry's Crime" is a darkly comic heist movie with a set-up that creaks on several occasions. Although the storyline is flawed, the wonderful performances from James Caan, Vera Farmiga — and yes even Keanu Reeves — are reason enough to see this movie. 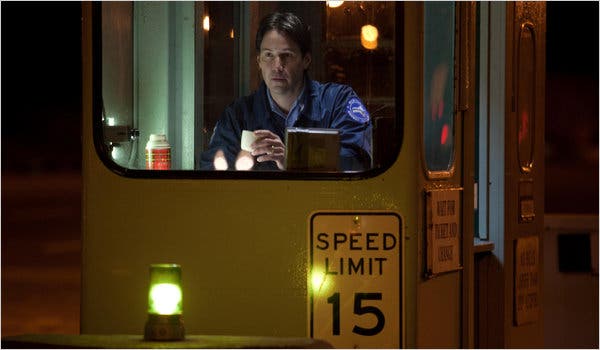