« I AM | Main | WALKABOUT — THE CRITERION COLLECTION » 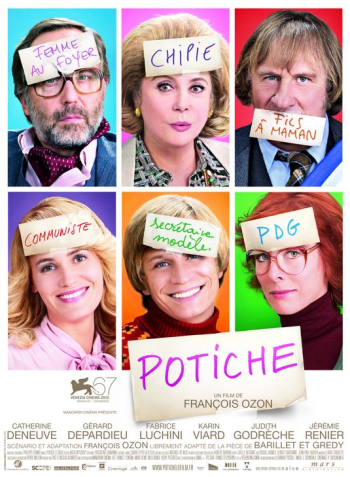 François Ozon's flamboyant adaptation of a play by Pierre Barillet and Jean-Pierre Grédy is a light comic confection. That the film's sole purpose may just be to reunite the effervescent Catherine Deneuve with Gérard Depardieu is validation enough.

Set in 1977 France, the story takes its title for the French term for trophy wife. Ms. Deneuve more than fills her colorful tennis shoes as Suzanne, the neglected wife of sexist and selfish husband Robert Pujol (Fabrice Luchini). Suzanne busies herself writing poetry about the nature that teems around the couple's mansion grounds.

Hubby Robert takes advantage of his mistress, a secretary at the umbrella factory he manages. Suzanne's beloved grandfather started the company many years ago. When Robert takes ill, Suzanne is pushed to run the factory just as it is faced with the threat of a strike by its dissatisfied workers. 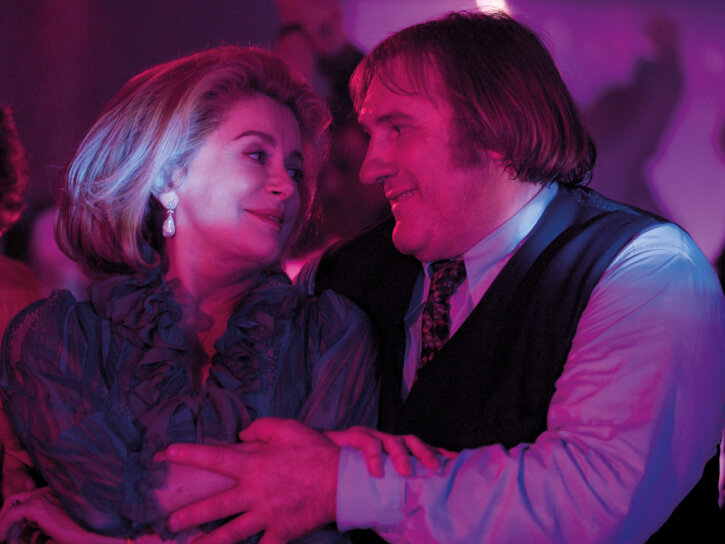 Depardieu's former union leader also holds on to a piece of Suzanne's heart he won when they were young. Woman's liberation French-style couldn't do better than to have Catherine Deneuve represent the period's common sense message of equality.

"Potiche" rings with a sophisticated brand of restrained comic expression. It might not be everyone's cup of tea. But it is a well blended herbal potion. 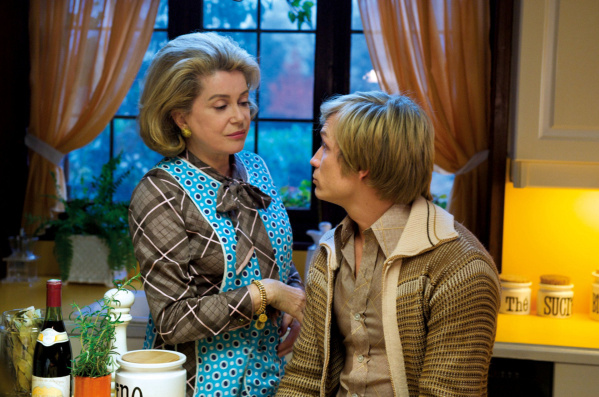 Posted by Cole Smithey at 01:55:40 AM in French Cinema, Literary Adaptation