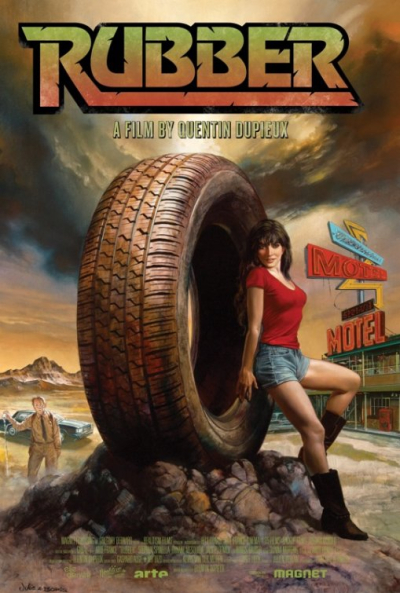 We have an early contender for the worst film of 2011. Here is a film so irrefutably insipid that no self-respecting critic could call it anything more than a glorified student film. I use the term "glorified" lightly.

Here's the set-up. There's a tire that rolls along of its own invisible freewill, and kills people. That's it. There's nothing more to the film than that. Now you can skip this unholy piece of dog shit, go see a mediocre movie, and feel really good about it. I saw "Rubber" at a press screening, and I still wanted my money back. Audiences should be reimbursed for the precious time they waste on this cinematic turd. 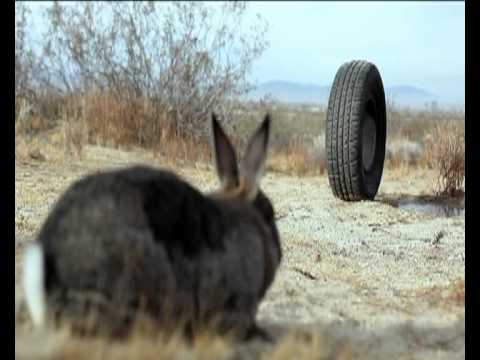