HEY, BOO HARPER LEE AND "TO KILL A MOCKINGBIRD" 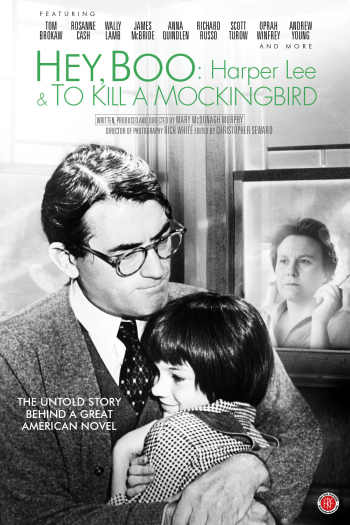 Documentarian Mary McDonagh Murphy reuses the same photo of her enigmatic literary subject Harper Lee so many times that you practically beg for a more visual references to appear. Harper Lee, the Southern author of the classic American novel "To Kill a Mockingbird," remains concealed behind her bellwether book in an under researched film that still manages to generate an essential yet underwhelming history lesson. Relying heavily on scenes from Robert Mulligan's hugely popular 1962 film adaptation of Lee's Pulitzer Prize-winning book, the filmmaker presents the social significance of Harper Lee's semi-autobiographical morality tale of racist persecution. Interview segments with such high profile mainstream figures as Oprah Winfrey and Tom Brokaw resonate with commentary from authors such as James Patterson, James McBride, and Wally Lamb. But none capture the sense of Harper Lee's personal history quite so well as the stoic author's 98-year-old sister Alice, who still works as a practicing attorney in her hometown of Monroeville, Alabama. 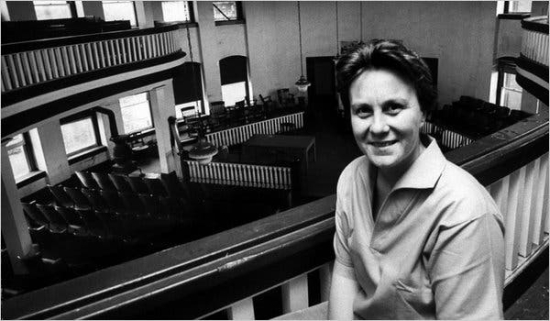 In her raspy-voiced Southern accent the perky Alice says of her sister's singular literary achievement, "She said she couldn't top what she's done." Hey, Boo Harper Lee and "To Kill a Mockingbird" serves to remind us of a brilliantly written allegory that influenced social change. The documentary's side-effect is to make the viewer want to revisit both Harper Lee's book (published in 1960) and its unforgettable film version staring Gregory Peck and Mary Badham as the story's tomboy protagonist Scout.