THAT'S WHAT I AM 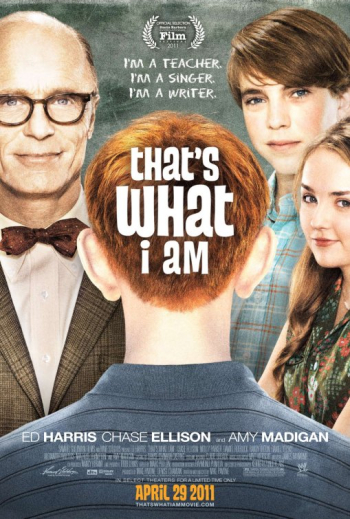 The usually expressive Ed Harris finds his character painted into a narrative corner. The resulting performance teeters on the cartoonish. Widowed Mr. Simon does himself no favors by teaching class while wearing red pants. Public smears about his supposed homosexuality tug at the film's preachy theme that "human dignity + compassion = peace." The idealized formula is enough to win Mr. Simon a car in a local contest, but it doesn't allow him to defend his job regardless of numerous awards he has received over a long and distinguished career. 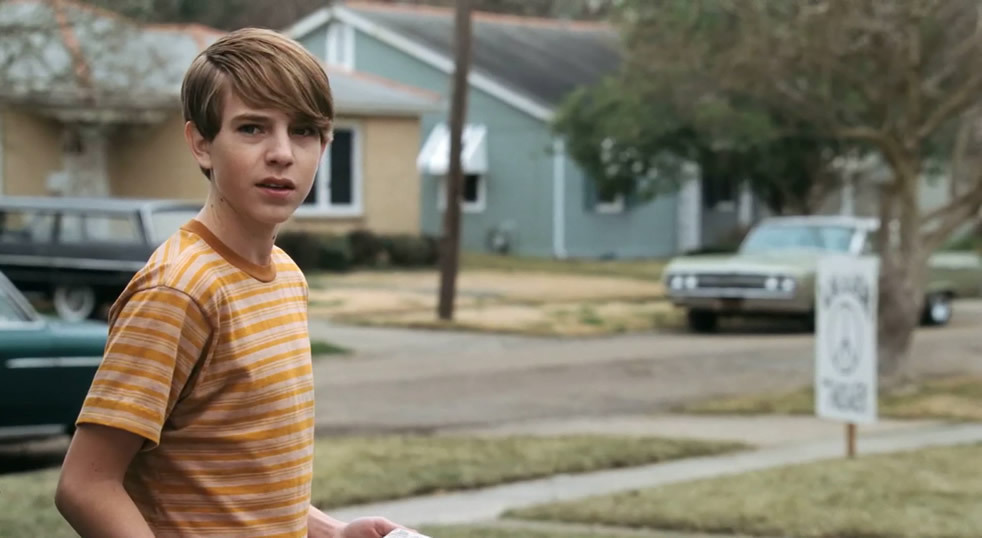 Mr. Simon throws Andy into the deep end of the social-challenge pool by assigning Andy to collaborate on a writing assignment with gawky school outcast Stanley, a.k.a. Big G, (played by a much older-looking Alexander Walters). Mr. Simon introduces Andy to the idea that he has what it takes to be a writer, hence the film's title, "I'm a writer, that's what I am." Sadly, the filmmakers don't know what their movie is. What it really is, is an awkwardly plotted drama that doesn't satisfactorily resolve the prickly social conditions it professes to explore.