« BUCK | Main | Judy Moody and the Not Bummer Summer » 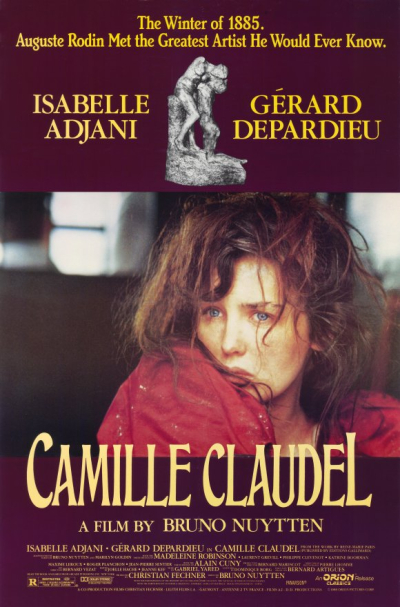 19th century sculptor Camille Claudel comes to life in co-writer/director Bruno Nuytten's filmic adaptation of her difficult life. This film is aided by Isabelle Adjani's confident portrayal of the gifted sculptor, who was already a fully formed artist when she studied as an apprentice to the legendary sculptor Auguste Rodin (Gérard Depardieu).

Nuytten ("Jean de Florette") brings visual and emotional breadth to the biographical story in the way he utilizes French settings amid seasonal changes, all the while examining the human forms that excite Camille Claudel’s artistic mind.

The viewer experiences a passionately tactile connection to the mediums of clay, stone, and marble that we watch being shaped into stunning works of art. The sounds of hammers hitting chisels, and cloth sanding plaster, lends a rhythmic undercurrent to the drama. 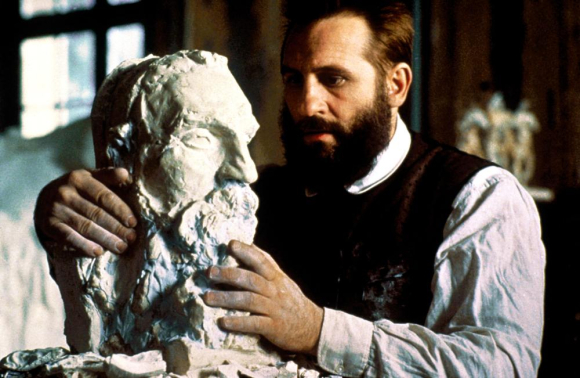 Camille's personal relationship with the peasant, whom she uses as her regular model, provides a physical bearing for who she is as an artist. Her brother Paul (Laurent Grévill) grounds Camille as sculptor appreciated most by the men in her family, but rejected by her mother and sister.

Gérard Depardieu's flawless portrayal of the egotistical Auguste Rodin is crucial to stoking the romantic fire that burns between Rodin and Claudel. He is a cunning manipulator of passions. The couple's unwieldy romance burns out under pressures contributed to as much by Camille's drowning desire to possess him as by Rodin's jealous wife. Mostly though, Rodin is too established in his duties to the art world to allow any woman to fetter his ideals of liberty and entitlement.

Threads of ancestral, political, social, artistic, economic, and psychological issues weave through the film. To comprehend the impact of Camille Claudel's artistic achievements is to share in a spiraling struggle with insanity that consumes her before our eyes. Isabelle Adjani co-produced the film. Her intimate affinity for the historic female character encompasses a depth of empathy that goes deeper even than what we see on the screen. Adjani’s simultaneous sense of forcefulness and delicacy represents a rare quality of candor. You could call it art. 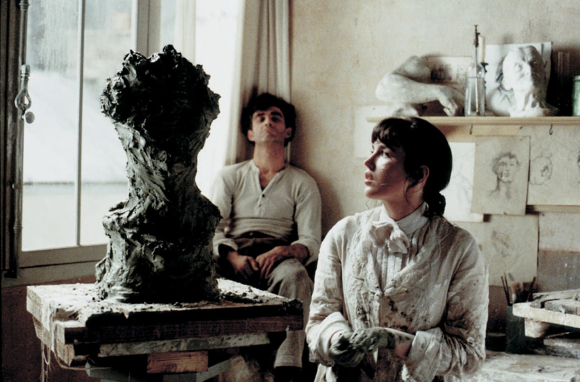