MY BEAUTIFUL LAUNDRETTE — THE CRITERION COLLECTION 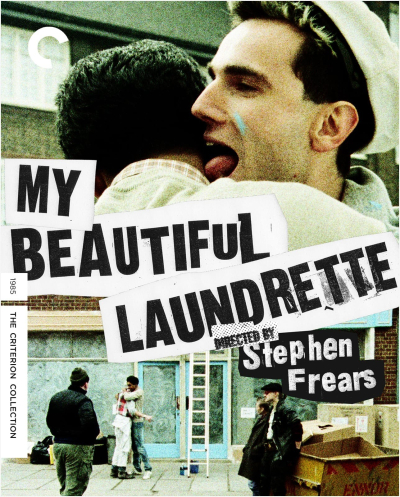 "My Beautiful Launderette" is a milestone of British cinema. Stephen Frears's stylish and confident handling of Hanif Kureishi's London-set gay love story, between a first-generation Pakistani and a British neo-fascist punk, is an accomplishment.

Volatile social issues of Margaret Thatcher's early '80s England are ripe opportunities for imaginative examination in a fantasy atmosphere of unfettered homosexual romance. Here is an anti-plot narrative that works because of its unpredictable nature. 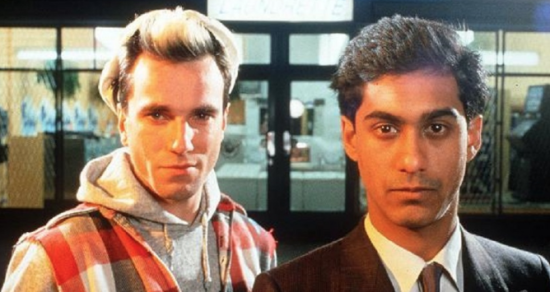 In his breakout film role, Daniel Day Lewis plays Johnny, a homeless dyed-hair thug who squats in whatever empty house he can access. Second-story windows are not a problem for the agile petty criminal. Johnny's childhood friend Omar (Gordon Warnecke) lives with his ailing Marxist father Hussein (Roshan Seth), who wallows in alcoholic depression over his wife's recent train-track suicide. The offending train runs just outside their apartment window as a constant reminder of the tragedy. 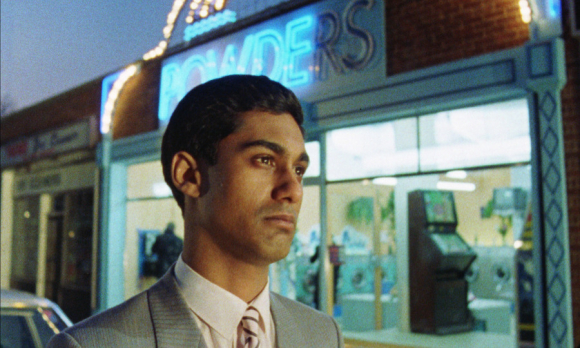 Omar's unconstrained love for Johnny sets the film's tempo. It also explains away any questions that might pop up in Johnny's mind about why he's with Omar. Stephen Frears's tender gay sex scenes inspired a new generation of young filmmakers to be more daring in their films. There might not have been a New Queer Cinema without “My Beautiful Laundrette.” 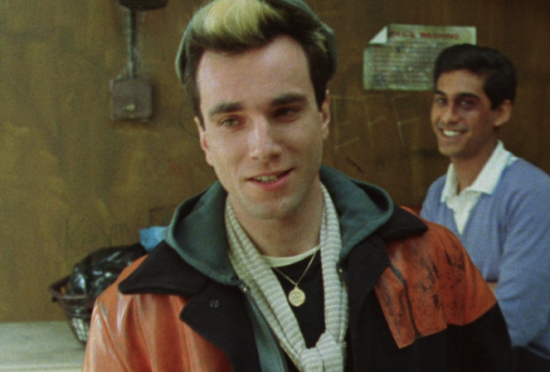 Omar's caring dad wants his son to go to college to get a well-rounded education. As a former respected leftist journalist, he values knowledge over wealth. Still, Omar gets other ideas about his capitalist future after his rich uncle Nasser (Saeed Jaffrey) gives him a job working in his parking garage. Uncle Nasser wants Omar to marry his daughter. However, Nasser is too busy with his English mistress to notice Omar's obvious relationship with Johnny. 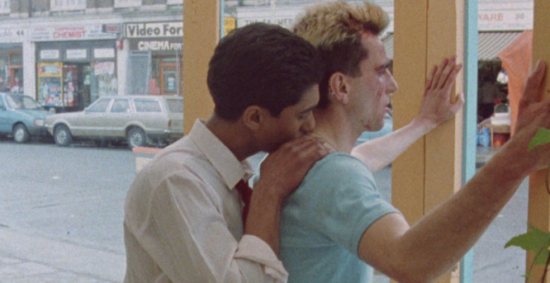 Omar quickly moves up in the business world to take over a rundown launderette in a dicey South London neighborhood. He's not above doing some drug running for Nasser's crime-connected brother. Omar gives Johnny a job renovating and helping run the launderette. The joint's washing machines hum with a musical gurgling sound that Frears uses to send auditory romantic messages to the audience in an abstract Morse code. Frears’s abstract cinema lauguage sings. In reinventing the launderette as a glamorous social gathering spot, Omar establishes a micro utopia to support his economically sensible yet sensuously exotic ambitions. 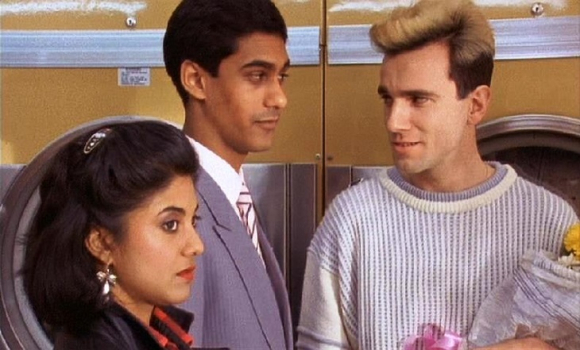 The filmmaker’s ever-moving camera lens cranes and dollies to show the abysmal state of Margaret Thatcher's England. There is both fantasy and hope in the relationship between Johnny and Omar. The pair exists beyond the rampant racism and economic desperation that surrounds them. They represent England's future. Our future. 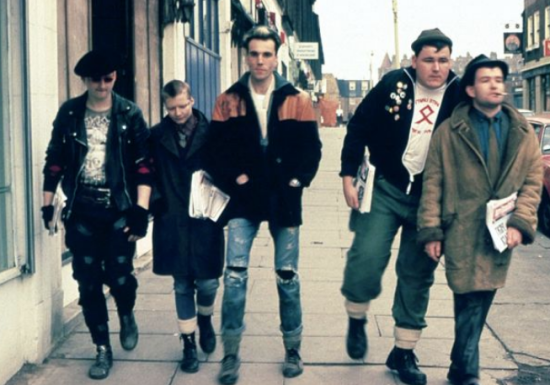