Goddard's vaguely accessible collage-essay on the ennui of the modern existential moment, "Socialism" is an inarticulate bestiary of bullshittery. The film's overarching theme of its repressed social condition derives from a caption that informs us "the bastards are sincere." A lot of two and three-word slogans come at regular intervals to express Goddard's cryptically coded editorial political commentary. 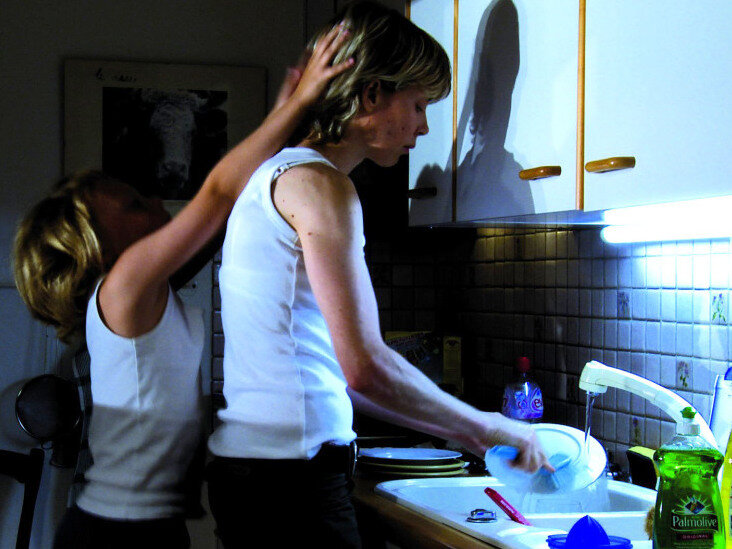 "Palestine Access," "Love Yourself Silly," and "Napoleon Burning Moscow" are some of the ideas Goddard splinters apart with characters speaking just such stilted language. Much of the film's first-act action takes place on a mammoth gambling cruise ship. 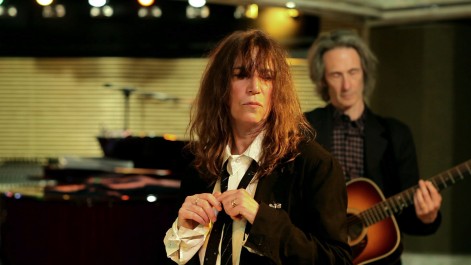 Rock poet Patti Smith shows up briefly — she's onboard with her longtime guitarist Lenny Kaye. Inexplicably, Patti Smith only shows up in a couple of brief scenes where she barely speaks. Patti's subplot is never returned to again even if her presence is the only thing that promises a soothing poetic voice to augment Goddard's revved-up barrage of international media-styled fictional situations imposed with some touch of political anarchism.

An obligatory visit to the modern-day Odessa steps is intercut with a clip from Eisenstein's "Battleship Potemkin." "Socialism" might work as a long piece of installation art, but it doesn't hold up as a prime example of experimental cinema.