THE MAN WHO FELL TO EARTH — CLASSIC FILM PICK "The Man Who Fell to Earth" is a brilliantly stylized science fiction satire about an alien who comes to our big blue ball with a methodic plan to deliver water back to his home planet, Anthea. Director Nicolas Roeg expands on the success he enjoyed in his experimental film "Performance," in which he turned a British rock star into an imposing film actor overnight. Where Mick Jagger played an ironic character not unlike himself in "Performance," David Bowie transforms into his alien persona with a preternatural instinct that is purely seductive.

Bowie's humanoid alien recasts himself as Thomas Jerome Newton, an orange-haired genius with a stack of original technology patents that will enrich him with the billions of dollars he needs to execute his water transportation plan. After touching down in New Mexico Newton seeks out patent attorney Oliver V. Farnsworth (Buck Henry) in Manhattan to handle his newly minted business World Enterprises Corporation. Newton returns to New Mexico where he plans to construct a spacecraft to complete his mission. 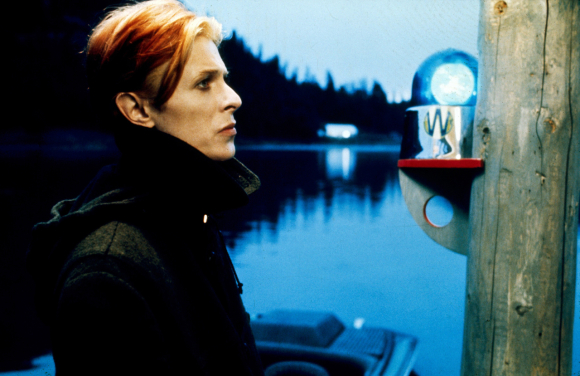 Mary-Lou (Candy Clark), a helpful chambermaid at Newton's hotel, romantically attaches herself to the alien. The couple move in together and slip into a comfortable pattern of American married life. She introduces him to religion, addiction, and sex as he becomes obsessed with television. He tells her, “The strange thing about television is that it doesn’t tell you everything. It shows you everything about life for nothing, but the true mysteries remain. Perhaps it’s in the nature of television. Just waves in space.”

Rip Torn plays Nathan Bryce with his usual maniacal glee. The character is a sex-addicted college science professor whom Newton hires to create an energy system for his spacecraft. Nicolas Roeg's intercutting of analogous sex scenes with Bryce's different female partners establishes the era's attitudes. There's playful violence in the sex scenes that is jarring for their honesty and subtext.

Yet Bryce loses his proclivity for young women in the face of his enormous salary and the challenging nature of his work for Newton. But he also becomes excessively curious about his strange but trusting employer. Bryce's tendency toward exploitation will cost the alien his anonymity to government officials who co-opt his riches. 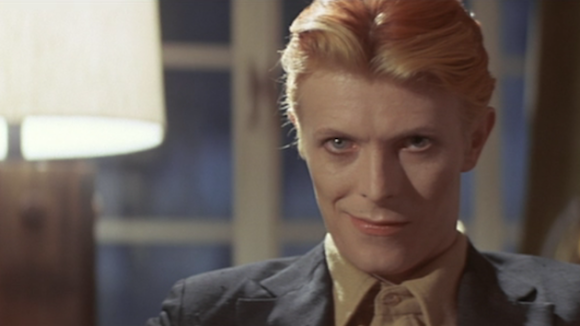 Based on Walter Tevis's 1963 novel, "The Man Who Fell to Earth" is a prescient story about the clash between consumerism and intimacy, and between capitalism and the ecology. Newton's alien planet represents a fading utopia that is as much a state of mind as it is an actual place. Newton's flagging sense of responsibility reflects the systematic culture of betrayal that consumes him body and soul.