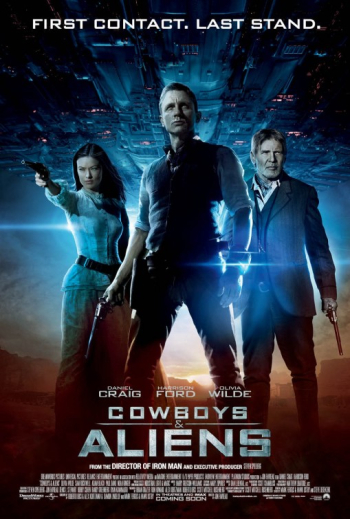 "Raiders of the Lost Ark" meets "Close Encounters of the Third Kind" meets "The Wild Wild West" in a genre-blended clusterfuck created by six screenwriters who barely know an inciting incident from a crisis decision.

For as miscast as Daniel Craig is as old west criminal Jake Lonergan, his sinewy slight frame and intensely chiseled face makes for the movie's most interesting feature. Lonergan awakens in the desert to discover his left wrist outfitted with a strange cuff that later turns out to be a much more effective gun than the six-shooter he constantly carries with him. 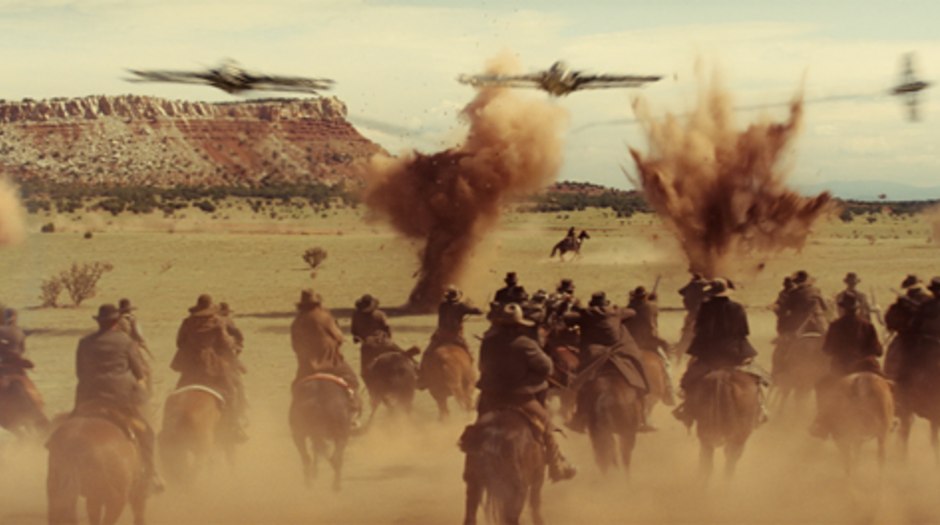 Maudlin saturated flashbacks explain how Jake returned to his wife at their remote cabin with his share of the gold he and his men robbed from wherever. An alien attack extracts Jake, his gold, and his wife. Luckily for Jake he bumbles his hand into the cuff-gun that enables him to kill his alien captor and escape. Harrison Ford gets one more shot at blockbuster cash as local capitalist pig Woodrow Dolarhyde. Woodrow's butthead son Percy (Paul Dano) likes to bully, extort, and humiliate town locals at every opportunity. Like many other locals, Percy gets carried off by the aliens who, as it turns out, have their own preoccupation with amassing gold from the area.

The movie bumps and grinds with hollow subplots regarding Jake's outlaw gang and Indian rituals that include reincarnation by fire. The story flows in fits and starts like a row of dominoes set too far apart for them to fall properly. "Cowboys and Aliens" is a poorly told story. Some of the spectacle is cool to look at, but the movie doesn't hold up. 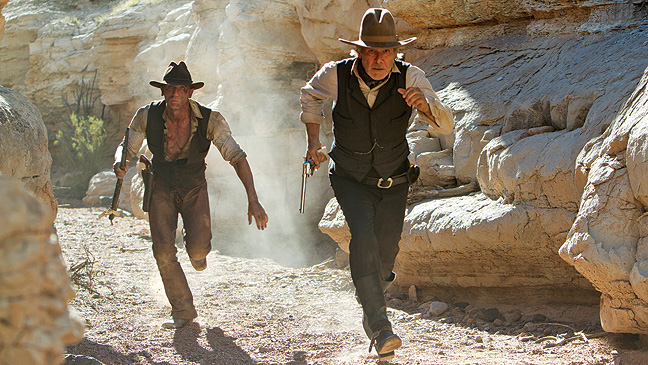 Nearly all films are a combination of at least two or more genres. Every other reviewer's knee-jerk response at calling "Cowboys & Aliens" a "mash-up" [a bogus term that should be stricken from all usage] only serves to show those writers as ill-equipped at judging movies of any kind. FYI: it's an "action/adventure" movie. One thing is certain, this is a film that doesn't work, even on its own terms.