« BEATS RHYMES & LIFE: THE TRAVELS OF A TRIBE CALLED QUEST | Main | THE LEDGE » 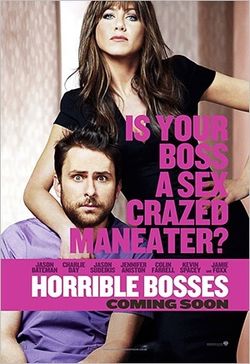 A much more successful bromance comedy than "The Hangover 2," "Horrible Bosses" benefits from the volatile comic mixture of chemistry between its actors and a genuinely quirky script. Contentious scenes between Jason Bateman's corporate-climber Nick Hendricks and his sadistic boss Dave Harken (Kevin Spacey) are disarmingly hilarious due to the odd similarity between the two actors. Spacey and Bateman share an analogous delivery style. Even their facial features reflect a unity that gives their exchanges a rub of superfine comic sandpaper. These two men want to hurt each other. Nick, however, has considerably more reasoned motivation after being passed over for a big promotion he was groomed to fill. Sparks of comic magic fly between Spacey and Bateman like gunpowder on a hot shiny surface. 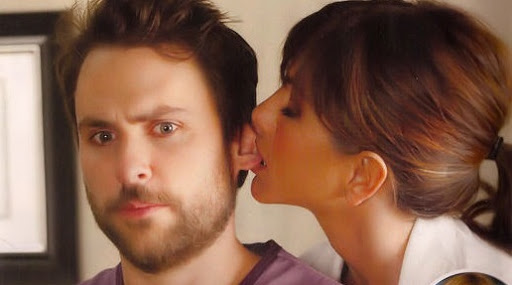 Charlie Day, the gifted young comedian with a high wispy voice, incites laughter like he's jumping landmines. His performance has all the hallmarks of a breakout effort.

The screenwriters have more than just laughs on their minds. Talk about backhanded satire: Day plays dental assistant Dale Arbus. Dale suffers the misfortune of being a registered sex offender (for making the mistake of peeing in a public playground at night). At work, Jennifer Aniston's Dr. Julia Harris takes special pleasure in sexually harassing Dale while working on sedated patients. Dale's upcoming nuptials only fan the fires of Julia's inappropriate lust. When she says she likes to "fool around," she means it with a vengeance. Look for the word "dong" to enter American parlance in a big way. For her part, Anniston delivers on her dirty over-the-top dialogue like a seasoned pro. Add another feather to her cap. 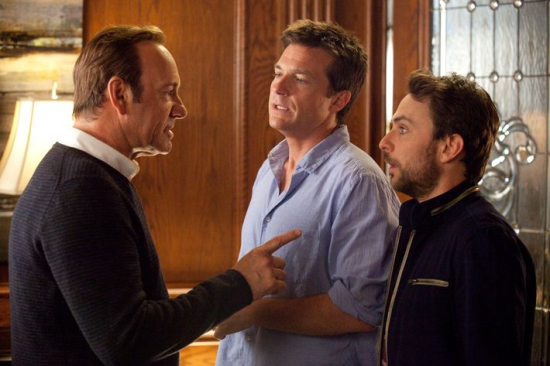 In a cynical age of postmodern fatigue with an economic collapse that favors corporate pigs and warmongers, three dunderheaded pals conspire to kill their asshole bosses. Like his pal Nick, Kurt Buckman (Jason Sudeikis) is poised to take over his much smaller company. That is until his firm's beloved head honcho Jack Pellit (Donald Sutherland) suffers a heart attack that allows Pellit's cokehead son Bobby (wonderfully played by a disguised Colin Ferrell) to usurp Kurt's promised position as company president. 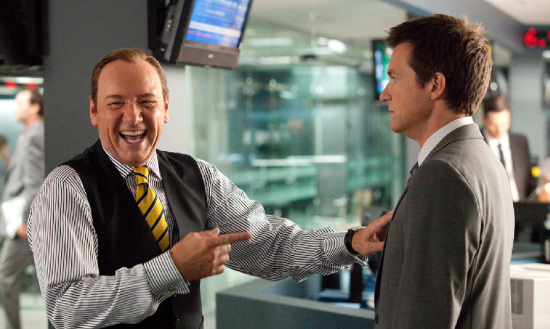 Funny surprises and spasms of slapstick slaps hit you upside the head. "Horrible Bosses" is a feisty and sexy little comedy that throws a lot of punches. Most of them connect in either the funny bone, the groin, or the forehead.