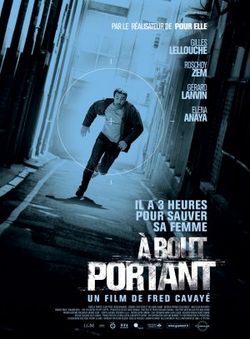 A textbook exercise in the efficiency of barebones suspense, co-writer/director Fred Cavaye doesn't so much mask plot holes as ignore them outright. Such narrative sacrifice does little to diminish the film's pulse-quickening effect you'll experience during its hostage storyline.

Erratically filmed on the streets of Paris to match its quick-tempo pacing, "Point Blank" uses every trick in the modern-day thriller lexicon to shock and surprise the viewer.

An unseen motorcycle crashes into frame to dislodge the body of a wounded man running from his angry pursuers. We've seen this trick before but such violent surprise still knocks the wind out of you. Such are the hard angles of a MacGuffin-driven story about Samuel (Gilles Lellouche), a nurse trainee whose pregnant wife Nadia (Elena Anaya) is kidnapped by criminals trying to arrange a trade for their hospitalized cohort Hugo (Roschdy Zem). 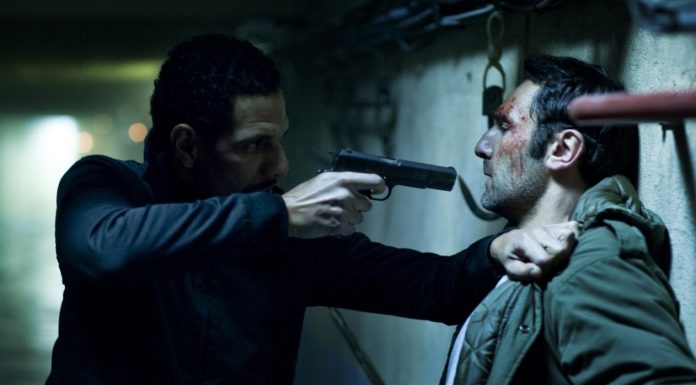 Samuel safely escorts Hugo out of the hospital to enable a complex series of fast-action chase sequences and double crosses by corrupt cops and crooks alike. At just 84 minutes long, "Point Blank" is an adrenaline fix for the popcorn inclined. Your heart will race.

Posted by Cole Smithey at 11:18:36 AM in French Cinema, Suspense