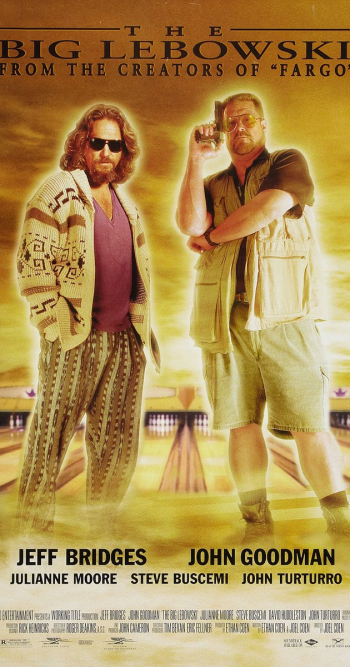 The Coen Brothers' follow up to "Fargo" is a mystery comedy for stoners. No character in the story is what or who they seem to be. Inspired surrealistic dream sequences, and touches of ribald humor, spike the film’s hilarious punch. There's also a shot of red-hot political satire that predicts the Republican Party's post-Reagan shift toward nihilism. You'd never guess that the movie is loosely based on Raymond Chandler's famous detective novel "The Big Sleep."

Although his name is Jeff Lebowski, Jeff Bridges's iconic stoner bum character insists on being called "The Dude." It's his way of putting a comfortable distance between himself and the deceptively dangerous Southern Californian urban world around him. 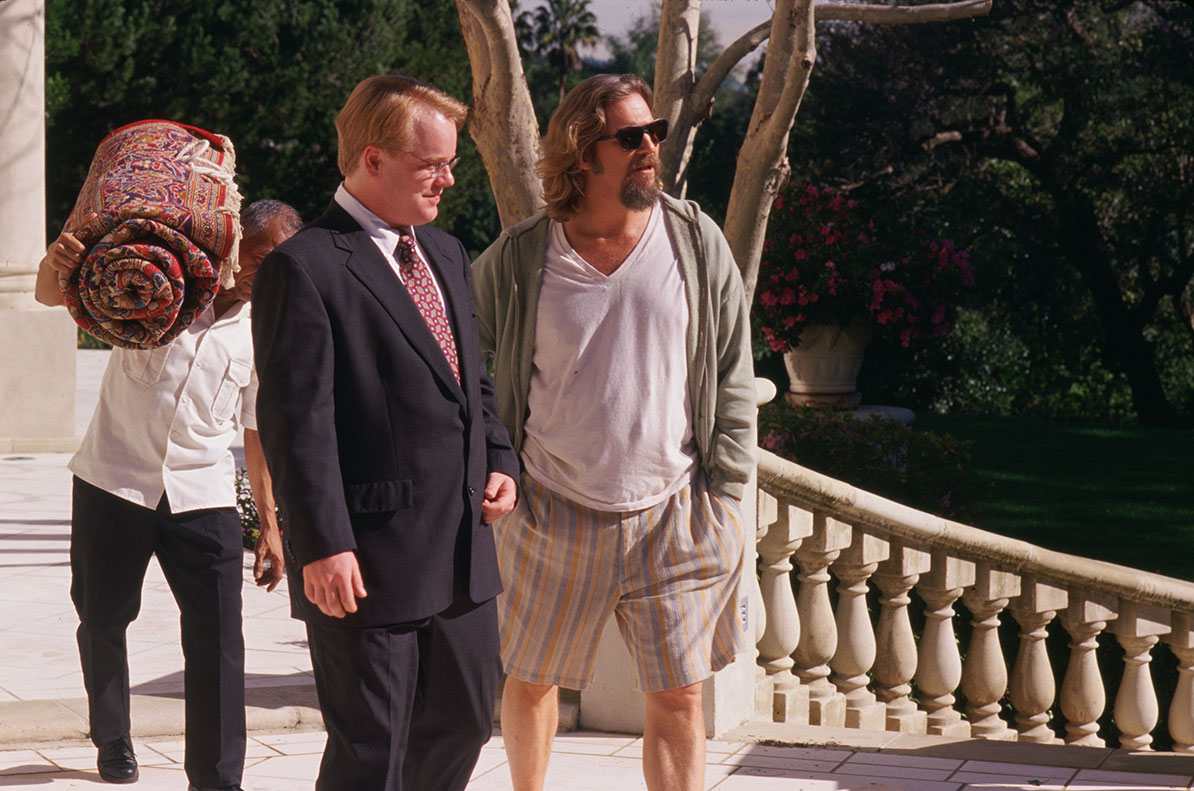 Regular bowling games with his closest friends Walter and Donny (John Goodman and Steve Buscemi), and steady doses of pot and White Russians, assist with his mission. Considering The Dude's impoverished counterculture persona, it's improbable that he could be mistaken for the multi-millionaire "Lebowski" from whom a pair of thugs is hired to extort money. The "Big Lebowski's" trophy wife owes big debts to a local pornographer called Treehorn (Ben Gazzara). One of the thugs maliciously pees on The Dude's only rug, which sits on the floor of his sparsely appointed bungalow. The in-home attack leaves the Dude's head doused in toilet water. Bummer. Not one to suffer such indignities lightly, The Dude seeks out and visits the thugs' intended target, Jeffrey Lebowski (David Huddleston) (a.k.a. the "Big" Lebowski) to demand a replacement rug: a reasonable request, given the circumstances of its demise. The meeting between the polar opposite Lebowskis spells out the parameters of the film's political underpinnings. The rich Republican Lebowski is quick to take The Dude's inventory as an unemployed bum. He pronounces that the offense against The Dude's rug is his problem, "just as every bum's lot in life is his own responsibility regardless of whom he chooses to blame. The bums will always lose." 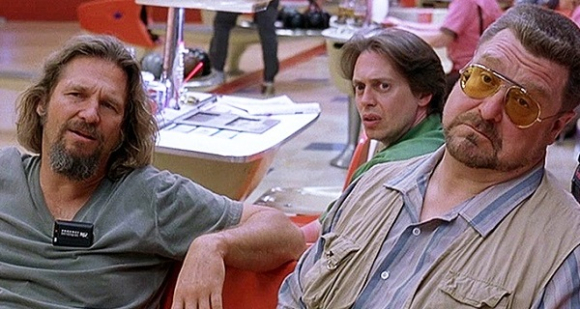 There's a belated punch of dramatic irony that comes later when Lebowski's artist daughter Maude (Julianne Moore) reveals that her father is broke. His trappings of wealth represent an empty facade. During his brief visit with the ostensibly rich Lebowsky, The Dude meets the man’s much younger nymphomaniac wife Bunny (Tara Reid) who takes advantage of the meeting to offer The Dude her oral services in exchange for a "thousand dollars."

The Dude's past history as an influential left-wing radical plants its literal seed in Maude, whose feminist ideals meet their logical male counterpart in the guise of The Dude. "The Big Lebowski" is a sly comedy made up of seemingly off-hand commentary about America's place in the world. Radical man. 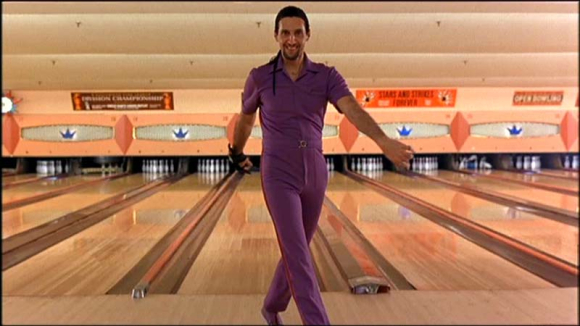