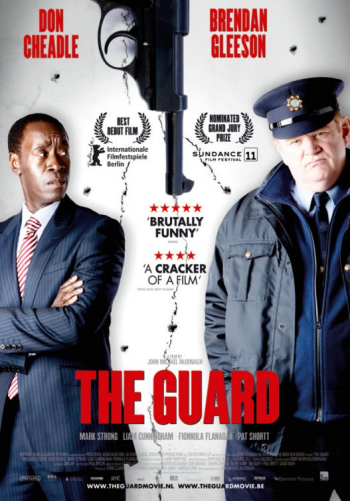 With a pinch of "Trainspotting" irreverence and a dose of "Pulp Fiction" social satire, debut director John Michael McDonagh cobbles together this lilting black comedy set in the Gaelic region of County Galway. McDonagh also borrows from his filmmaking brother Martin McDonagh, who directed the rich atmospheric mood piece "In Bruges" for which Brendan Gleeson shared leading man honors. 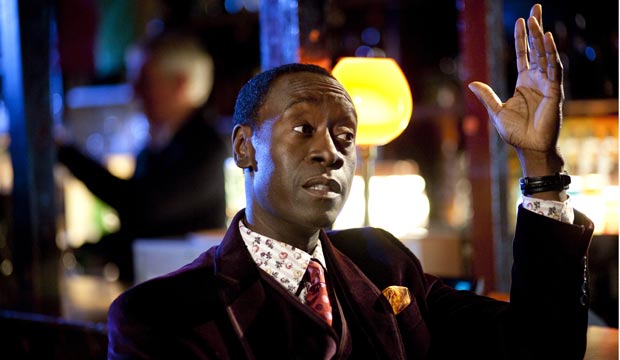 Here Gleeson plays Sergeant Gerry Boyle, a not-so-by-the-book member of the Galway police force. After a carload of drugged-out teenagers fatally loses control of their car, Sergeant Boyle searches one of the victims' pockets to extract a hit of acid. He takes it. Though we never see the effects of his trip, we understand Boyle to be a fearless mensch. He likes to spend time with his terminally ill mom (wonderfully played by Fionnula Flanagan) on his off days. He also likes private time with hookers--two at a time, with a smile. Boyle and his latest recruit McBride (Rory Keenan) investigate a local murder. The staged homicide appears to be connected to rumors of an upcoming multi-million dollar drug deal due to take place on a fog-shrouded Galway dock. Some notorious gangsters lurk. The situation must be serious since it calls for the imported assistance of FBI agent Wendell Everett (Don Cheadle). In Everett's presence Boyle comes across as more racially insensitive than racist, but comfortably awkward nonetheless. 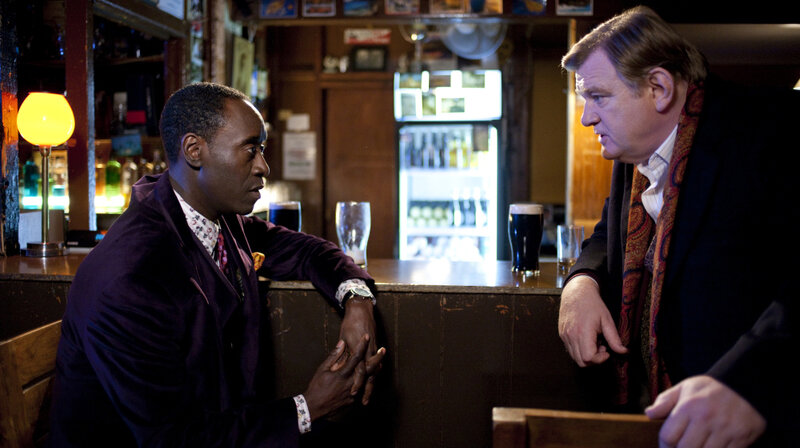 "The Guard" is a wry piece of postmodern cinema that clearly lays out its parameters and stays within them. Characters freely express their prejudices and contempt for outside cultures, and yet it's somehow not offensive because we clearly see where and how they fit as individuals into the paradigm of regional existence in which they wander. Underhanded comic scenes between Gleeson and Cheadle crack with imploding silences as their characters earn each other's trust without resorting to artifice. "The Guard" isn't as developed as "In Bruges," but it is as nuanced.